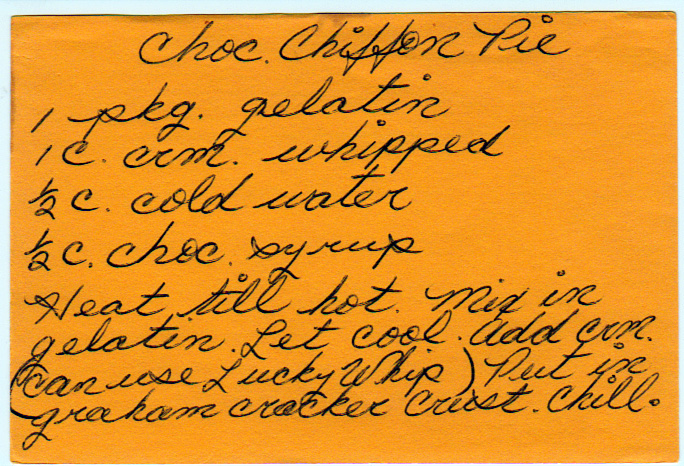 If yesterday’s prune chiffon pie didn’t interest you, maybe this will? Lucky Whip was a whipped topping first introduced in 1956. Originally registered by Lever Brothers (the U.S. subsidiary of Unilever), the trademark registration document (search for registration number 0658318, or do a word mark search for “Lucky Whip”) describes it as including “water, vegetable fat, sugar, corn syrup and having an appearance similar to that of whipped cream.” In other words, something like Cool Whip in a spray can. (The ad is from vintageadbrowser.com.)

Although primarily a soap company at the time, Lever Brothers produced a number of food-related brands in the same Indiana factory as Lucky Whip, including Imperial margarine, Spry vegetable shortening, and Mrs. Butterworth’s syrup.

The trademark to Lucky Whip was last owned by the Thomas J. Lipton corporation and was cancelled in 2002.

Spry
A brand of vegetable shortening.