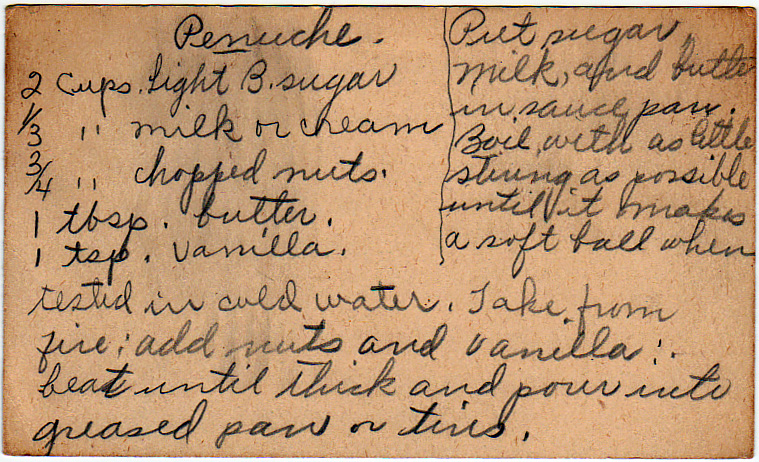 We discussed the history of the word a bit in the penuche icing post, but this is a variation on fudge; we’ve seen it before under the spelling panouchi.

Just as with fudge, a marshmallow-enriched iteration emerged. Here’s a recipe from the March 29, 1920 edition of The Washington Times. The context is an article about uses for this newfangled product, marshmallow creme. I included the suggestion immediately below the penuche recipe, too.

Put sugar, milk, and butter in saucepan. boil with as little stirring as possible until it makes a soft ball when tested in cold water.

Take from fire; add nuts and vanilla; beat until thick and pour into greased pan or tins.