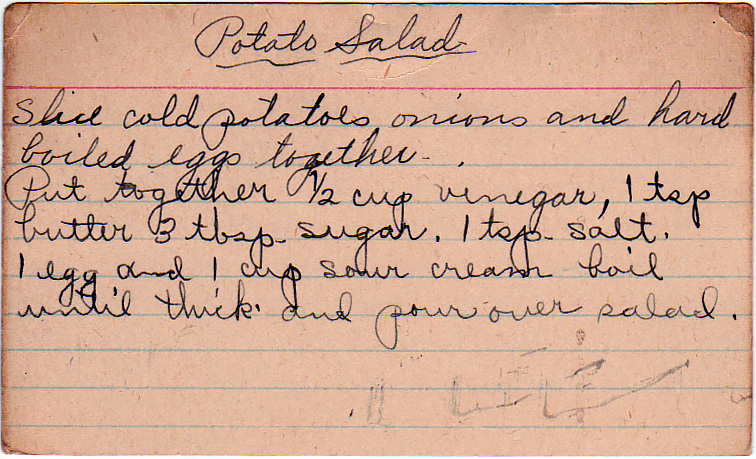 With a boiled sour cream and egg dressing.

A potato salad with a similar dressing appeared in the July 12, 1942 edition of The American Weekly, an insert in Hearst newspapers; this particular image is from the insert that was in The Milkwaukee Sentinel:

For the record, Mrs. Rudolph Dumbeck’s first name was Georgia, and she was born around 1881 in Iowa, making her about 61 at the time she submitted this recipe.