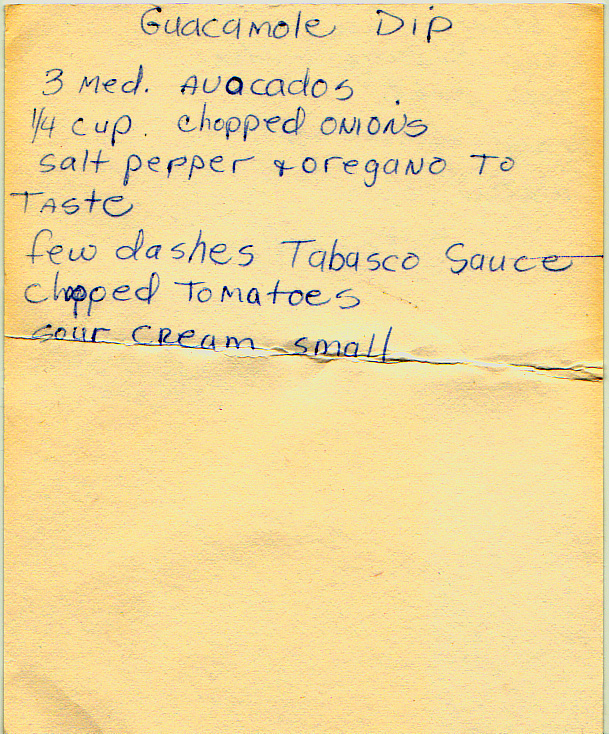 This might be a good time for a refresher on avocados, if you haven’t read about them lately. Remember how, in that discussion, I said the Aztec word for avocado was borrowed from a certain similarly-shaped part of male anatomy? That word was ahuacatl.

The Aztec name for guacamole was ahuacamolli. It’s not particularly reassuring to know that molli was the Aztec word meaning “something mashed into a sauce or puree.” Frankly, if an Aztec offered to molli my ahuactl, I would be disinclined to roll the dice on this being a dinner invitation.

The Aztec ahuacamolli was avocados, tomatoes, green chiles, and salt. It was the Spanish conquistadors who added citrus and cilantro–and, not quite being able to pronounce ahuacamolli, started calling it guacamole.