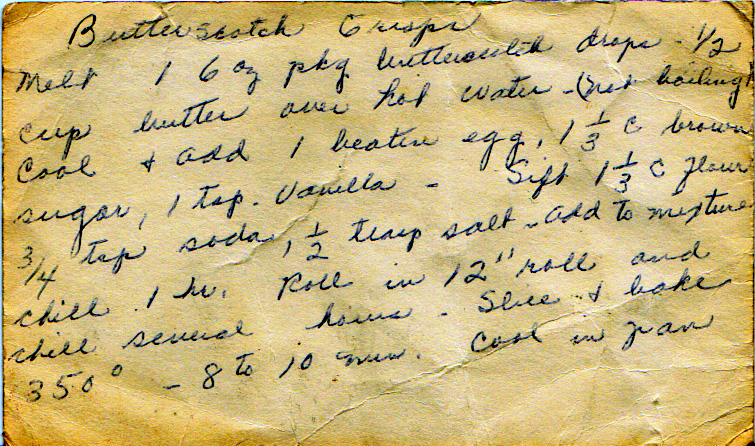 Traditional butterscotch is a combination of butter and brown sugar boiled to the soft crack stage, though recipes will sometimes include other ingredients, like molasses, salt, corn syrup, vanilla, or other flavorings.

One thing that traditional recipes never included? Liquor. Theories as to why the word scotch became part of the name include a relationship to an archaic word for cutting (as in, cutting the candy before it hardens) and that it might be derived from the word scorch, as the sugar has to be broken down by heat to achieve the desired result. So things that identify their flavor as “butter rum” might well have rum, but things identified as “butterscotch” are fun for the whole family.

A from-scratch, coconut-and-nuts version of the recipe, with some notes on variations, was provided in the June 21, 1962 edition of The Victoria (Texas) Advocate: