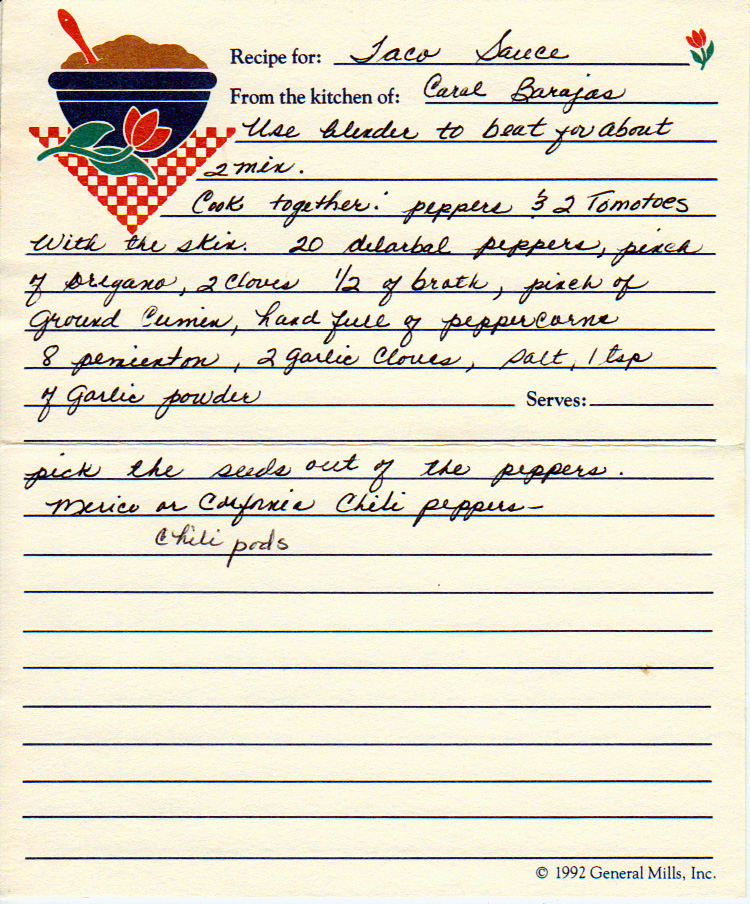 With peppers, cumin, and oregano.

Fun fact: when San Bernadino, California’s own Glen Bell decided to open a taco restaurant in 1951, he had two advantages over the competition. One, he invented a taco fryer (although these already existed and had patents, he wasn’t aware of them), and two, he had a sauce. Because Bell operated a hot dog cart. And he used his chili dog sauce as the taco sauce.

Nevertheless, Taco Bell seems to be doing just fine without the hot dogs on the menu. By the by, frying the shell and then filling it is an entirely Southwestern American concept. Traditional tacos were filled before being fried, or not fried at all.

Use blender to beat for about 2 minutes.

Pick the seeds out of the peppers. Mexico or California chili peppers.

From the kitchen of Carol Barajas.