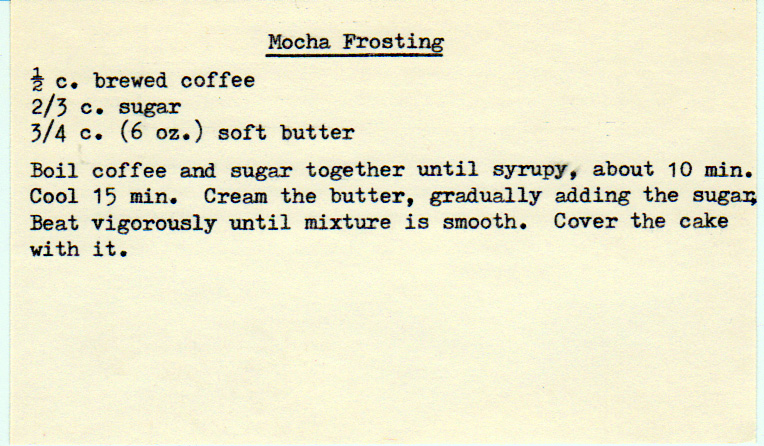 No chocolate, which is technically correct.

While most people think of mocha as a combination of coffee and chocolate (thanks, Starbucks, for making that particular problem so much worse), the word mocha actually refers to a specific kind of coffee bean, first cultivated in the 17th century in the Arabian peninsula. The bean itself was named after the port city of Mocha, in Yemen, which was a major coffee trading port from the 15th century until the 17th century.

The drink we think of as a mocha, on the other hand, is Italian, from Piedmont, where it has the name bicerin, meaning small glass.

Boil coffee and sugar together until syrupy, about 10 minutes. Cool 15 minutes. Cream the butter, gradually adding the sugar. Beat vigorously until mixture is smooth. Cover the cake with it.