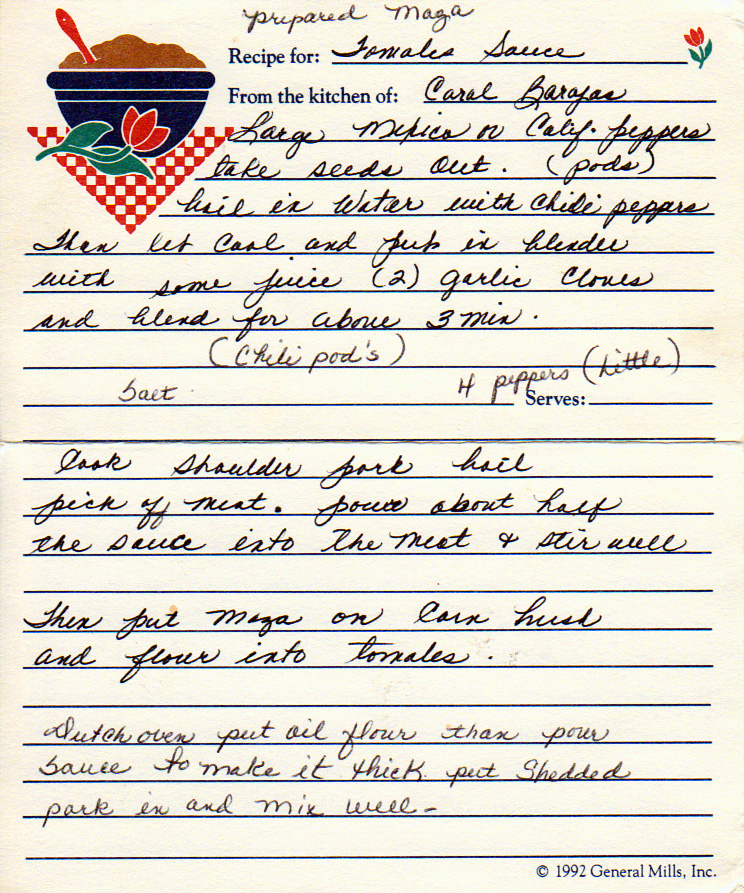 Anyone who isn’t confused doesn’t really follow the recipe.

Boil in water with chili peppers, then let cool and pop in blender with some juice (2) garlic cloves and blend for about 3 minutes.

Cook shoulder pork; boil; pick off meat. Pour about half the sauce into the meat and stir well.

THen put maza on corn husk and flour into tamales.

From the kitchen of Carol Barajas