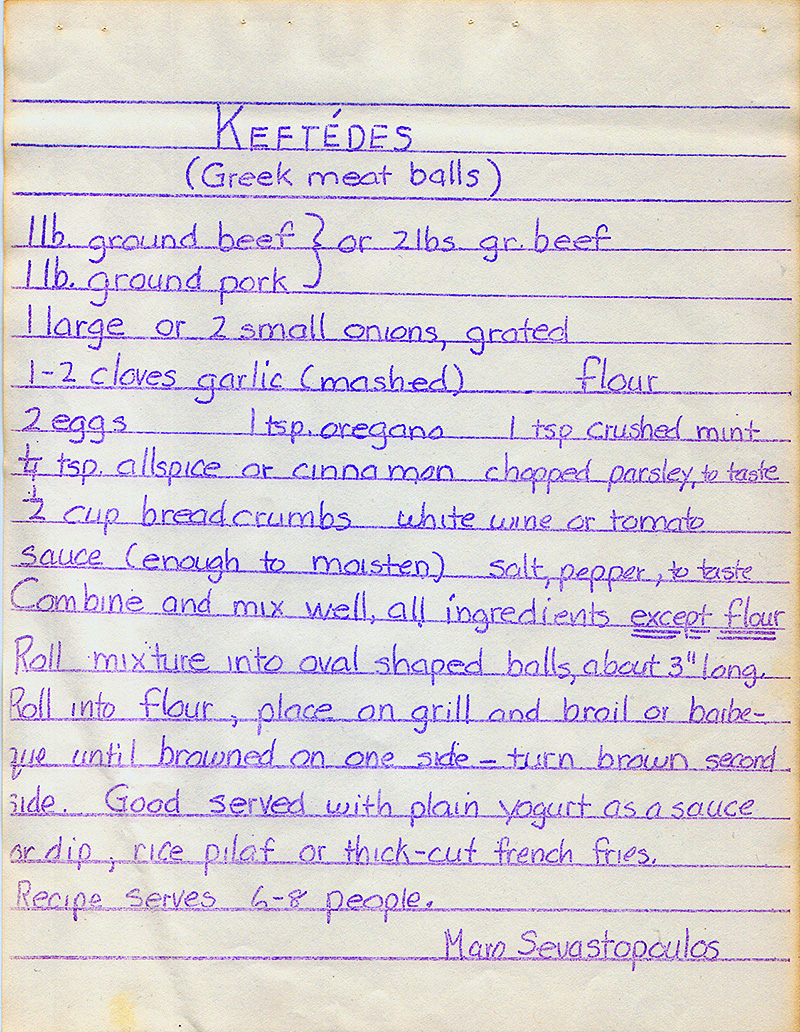 I don’t have this course listed, yet.

Keftedes are Greek grilled meatballs, often served as a meze. Mezethes are small plates served at social gatherings with liquor. They’re not technically appetizers because they’re not intended to precede a meal. They’re more like dim sum or tapas, which could be a meal or could be a snack.

A few tips about keftedes that are also true for most meatballs: a common mistake is to squeeze them together to form them, resulting in dense metballs. Keftedes should be light, and you achieve that by handling them gently in the shaping. It also helps to make sure you use a high enough fat content in the meat, of course, so that when it melts on the grill, it results in a light and juicy meatball.

Combine and mix well all ingredients except flour.

Roll mixture into oval shaped balls, about 3″ long. Roll into flour, place on grill and broil or barbeque until browned on one side–turn brown second side.

Good served with plain yogurt as a sauce or dip, rice pilaf or thick-cut french fries.