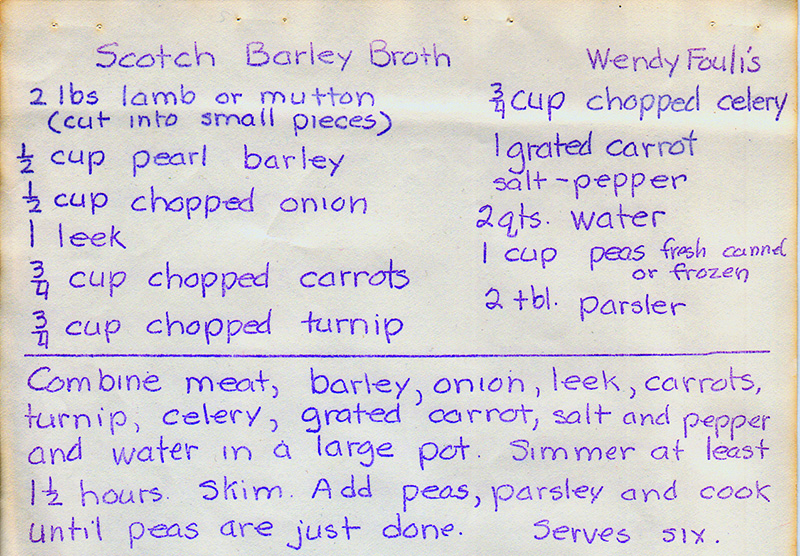 A mutton and barley stew.

The origins of Scotch broth predate the 18th-century Scotch colonization of America by about a century, suggesting it was a fully-formed and well-known recipe by the the time it arrived on our shores. While it pales in comparison to a more famous recipe with a Scotch origin–fried chicken–Scotch broth has been served since we were nation, and continues to be a favorite today.

In earlier recipes, the mutton would be removed and then used for other recipes–sometimes served in croquettes, sometimes in a pilaf sort of preparation, sometimes just sliced and served cold. But such economy measures are generally not taken today, and Scotch broth is served as a meal.

Scotch broth behaves like any stew: slow cooking improves it, and it gets better in the refrigerator overnight. Some additional suggestions on preparation from the July 6, 1883 edition of The Bismarck Weekly Tribune: