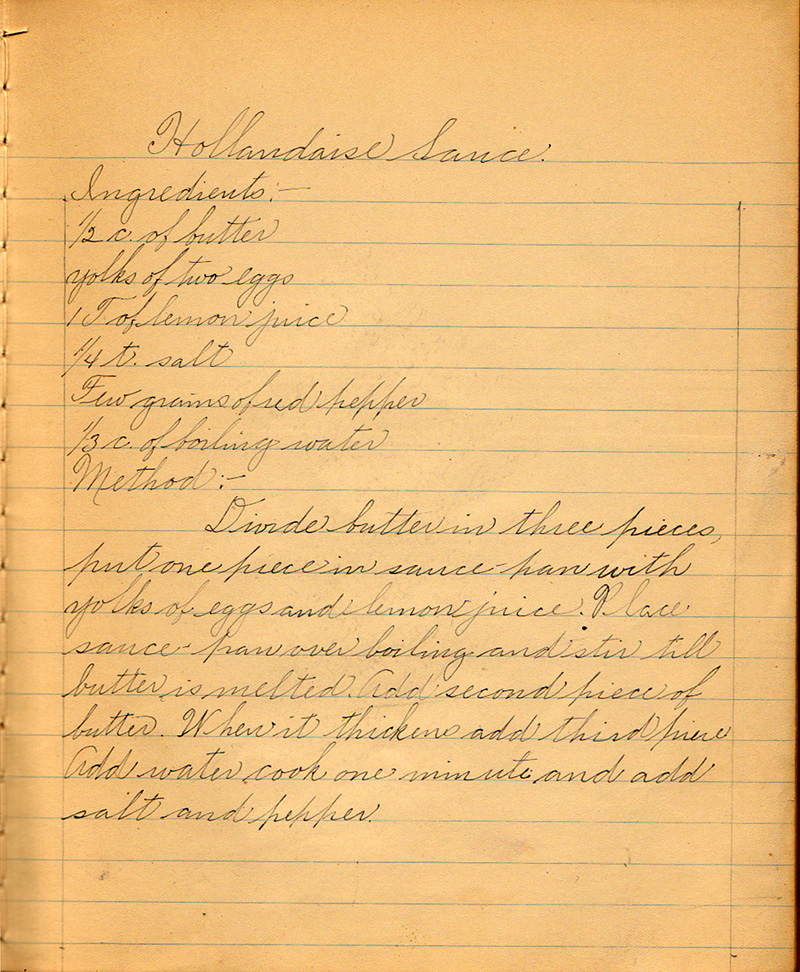 A 17th century sauce with a (probably) 20th century name.

Hollandaise is an emulsion of butter and acidified egg yolks, cooked slowly to avoid the yolks curdling. When the name actually attached to that preparation isn’t entirely clear. Prior to the 17th century, most sauces were very highly spiced. Spices were expensive and an excess of spices showed off the host’s wealth.

But in 1651, chef François Pierre de la Varenne wrote Le Cuisinier françois, launching modern French cuisine, and with it, a new aesthetic choice: using sauces and spices to highlight the quality of the underlying ingredients, rather than to show off your wealth. In that model, he included a sauce he called sauce blanche, which was a Hollandaise achieved in a slightly different method than the standard preparation today (by stirring yolks into melting butter, rather than stirring butter into yolks).

Over a century later, in 1758, François Marin’s treatise Les Dons de Comus referenced “sauce à la hollandoise,” but the sauce there is unrecognizable, omitting eggs, using stock, and adding flour and herbs. Meanwhile, it wasn’t until the 19th century and Careme that we started referencing bechamel, the sauce we in the U.S. would call white sauce.

So when did sauce blanche become Hollandaise? Legend is that, in the early 20th century, it was called Sauce Isigny after Isigny-sur-Mer in Normandy, which produced a lot of butter. Wartime butter shortages led to the sauce being renamed after another large butter producer, Holland. Today, Isigny-sur-Mer is famous for its cream.

It’s a nice story, and it’s possible; I haven’t found a list of what France rationed during the First World War, but there are posters encouraging careful use of sugar rations. Nor is the story specifically about rationing; it’s possible troop movements alone could have caused shortages. But if the name was changed for these reasons, it was simply to honor Holland’s reputation. There’s no indication France imported butter from anyone.

Divide butter in three pieces; put one piece in saucepan with yolks of eggs and lemon juice. Place saucepan over boiling [water] and stir till butter is melted.

Add water. Cook one minute and add salt and pepper.