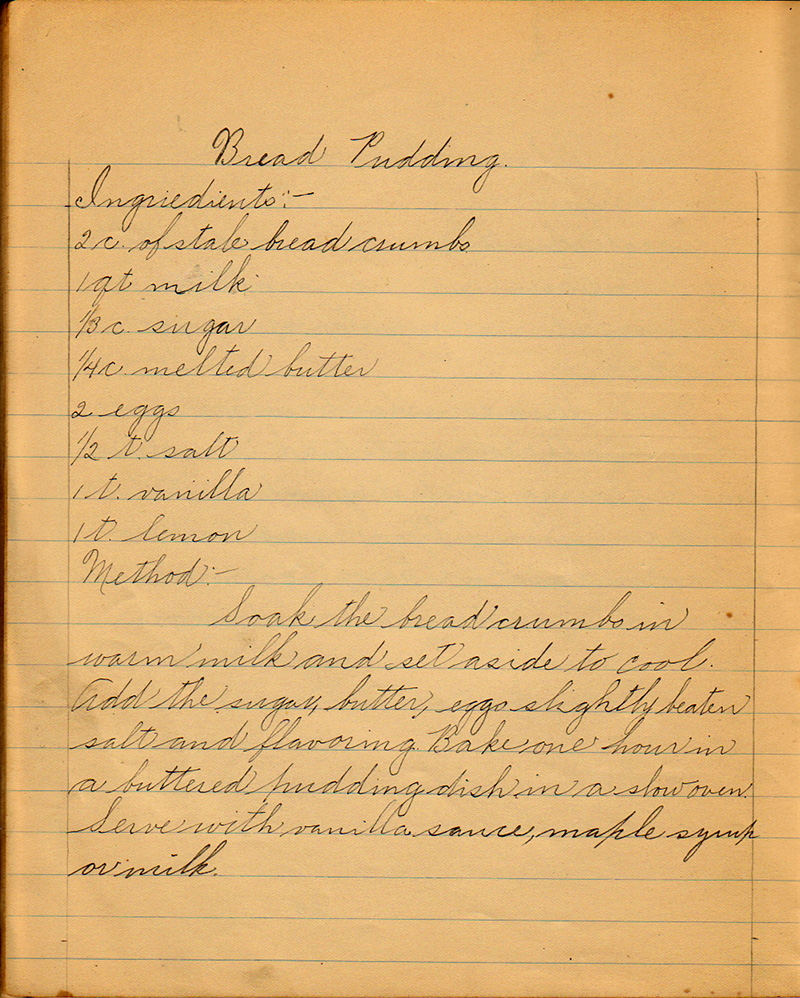 A dessert that came into its own in the Middle ages.

But the bread pudding we recognize is bread soaked in a combination of egg, sugar, and milk or cream. Take away the bread and that’s a recipe for custard. Although nobody’s exactly sure when or where custards were first made, by the end of the Middle ages (around the 15th century), custard tarts were already being served. The word custard itself is derived from the French (and Middle English) croustade, which is derived from the Italian crostata, which is used to refer to tarts in general, not only custard tarts.

I typically make bread puddings out of Panettone, because why not add a little egg and sugar to your egg and sugar?

Soak the bread crumbs in warm milk and set aside to cool. Add the sugar, butter, eggs slightly beaten, salt, and flavoring.

Bake one hour in a buttered pudding dish in a slow oven. Serve with vanilla sauce, maple syrup, or milk.