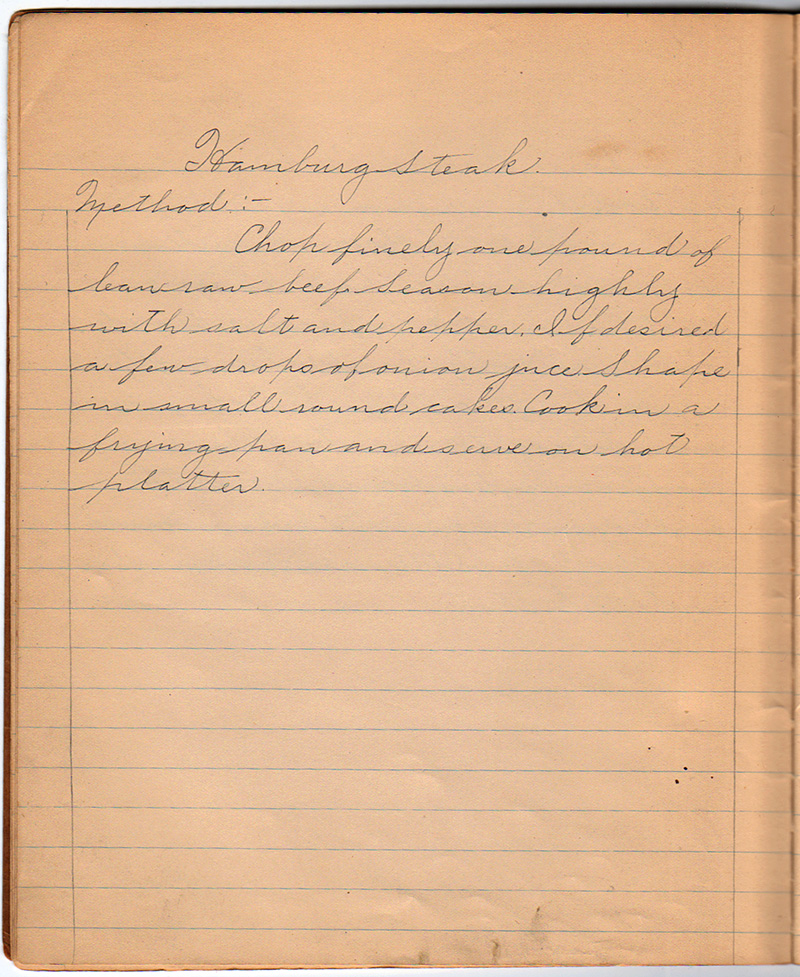 Sort of an odd name, given the timing.

Hamburg steak fell out of favor in the U.S. in 1916, after the Germans bombed Black Tom Island. German-sounding foods were considered unpatriotic. Also in 1916, Emperor Franz Joseph I of Austria died, the grand-uncle of Franz Ferdinand, whose death triggered World War I.

After 1916, it started to take on the name of a contemporaneous cousin, Salisbury steak, which is technically more like a meatball. Hamburg steak is all beef without binders; Salisbury steak can include beef, pork, and binders like egg or bread crumbs. It was named in 1897 after low-carb diet advocate Dr. James Henry Salisbury.

Hamburg steak stayed out of favor till 1921, when Walt A. Anderson introduced the hamburger bun with White Castle. Meanwhile, so goes the legend, Austrian bakers introduced the Kaiser roll to honor Franz Joseph I. Austria fought alongside Germany, of course, so a hamburger on a Kaiser roll is the ultimate art of war, using your enemies’ technology against them.

There’s quite a bit of dispute as to the origin of the hamburger, but all the stories but one seem to focus on New York City around the turn of the last century. So it’s a bit like the French Fries that became Freedom Fries for a while.

Chop finely one pound of lean raw beef. Season highly with salt and pepper. If desired a few drops of onion juice. Shape in a small round cake. Cook in a frying pan and serve on hot platter.