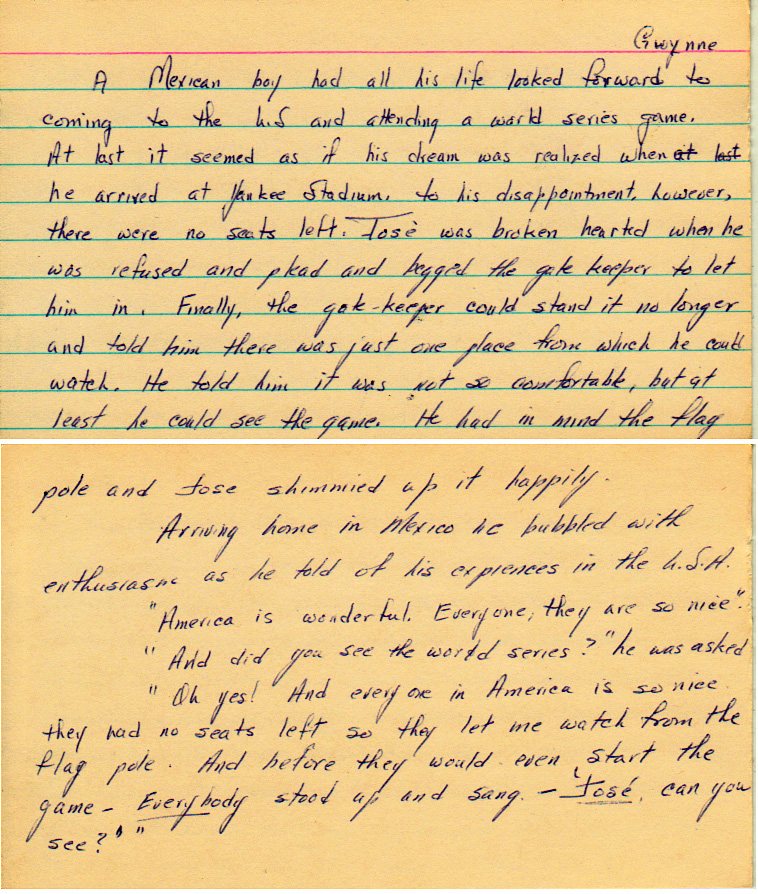 A Mexican boy had all his life looked forward to coming to the U.S. and attending a World Series game.

At last it seemed as if his dream was realized when he arrived at Yankee Stadium. To his disappointment, however, there were no seats left. Jose was broken-hearted when he was refused and plead and begged the gate-keeper to let him in.

Finally, the gate-keeper could stand it no longer and told him there was just one place from which he could watch. He told him it was not so comfortable, but at least he could see the game. He had in mind the flag pole and Jose shimmied up it happily.

Arriving home in Mexico, he bubbled with enthusiasm as he told of his experiences in the U.S.A.

“America is wonderful. Everyone, they are so nice.”

“And did you see the World Series?” he was asked.

“Oh yes! And everyone in America is so nice; they had no seats left, so they let me watch from the flag pole. And before they would evern start the game–everybody stood up and sang–‘Jose, can you see?'”