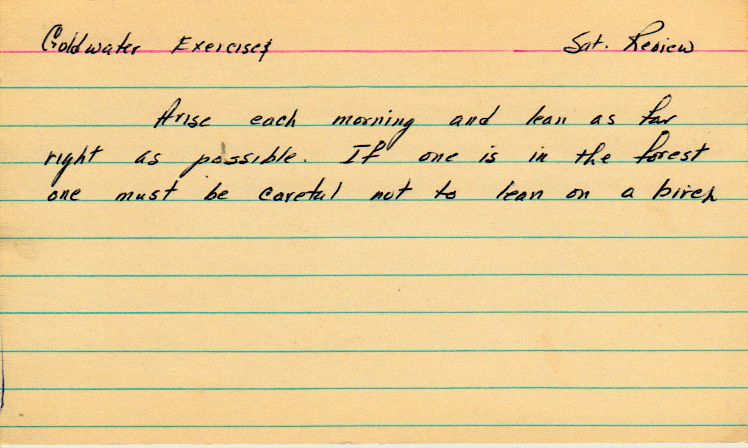 This one might need a little bit of explanation, for the kids.

William F. Buckley, Jr.’s explanation is here, but a short version: Barry Goldwater was a far-right senator from Arizona. The John Birch Society was a rabidly anti-Communist group that wanted to nominate Goldwater as the Republican presidential candidate. But the Birch society freaked everyone out by organizing into small cells, almost like a revolutionary group. So Goldwater distanced himself from the Birch society, won the nomination and lost the election.

Arise each morning and lean as far right as possible. If one is in the forest one must be careful not to lean on a birch.