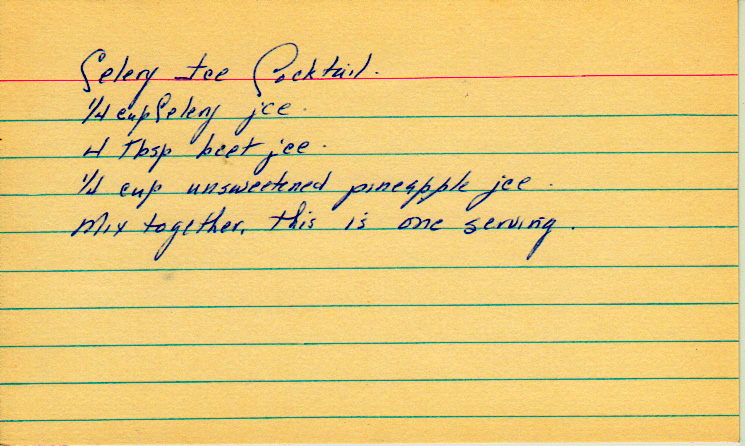 You’ll probably need a juicer, for this.

Juicing is one of those strange culinary cul-de-sacs where science seems to give way to mythology. Norman W. Walker is generally credited as the inventor of the modern juicer. As the story goes, he was a doctor who observed thousands upon thousands of autopsies and, having decided that death begins in the colon, started advocating a raw food diet. In the 1930s, he opened a juice bar with another doctor in California and started “prescribing” raw juices for his patients, saving lives, and eventually leading to the juice fads of the 1960s and 1970s.

The reality is more complicated, as reality tends to be. Although he styled himself as Dr. Norman W. Walker, D.Sc (or at times PhD), there’s no evidence he obtained either degree, anywhere, ever. He claimed to have witnessed 100,000 autopsies, which would be absolutely astonishing for a coroner, let alone a juice manufacturer without a medical background. His juice businesses kept getting shut down, because he believed pasteurization is cooking, and as an advocate of raw food, he wouldn’t pasteurize his juices. (Which is why he ended up selling juicers.)

And it appears that, at one point, he may have been sentenced to jail time for defrauding people out of money to train for jobs that didn’t exist. (The original article is for sale here, but his Wikipedia entry has a summary.)

There’s something about juice diets that attracts the unqualified. Walker wasn’t alone. In the 1930s, Max Gerson said he could cure cancer with a juice diet. Jay “Juiceman” Kordich (with the white eyebrows) isn’t any kind of a doctor; Jack LaLanne was a fitness expert, but wasn’t exactly a licensed nutritionist. Now, talk show host Montell Williams has been pitching the HealthMaster juicer. The only clear benefit juice diets seem to have is that, from time to time, they sell a lot of juicers.

That doesn’t mean there’s anything wrong with juices. Just don’t expect to live forever on them.

Mix together. This is one serving.