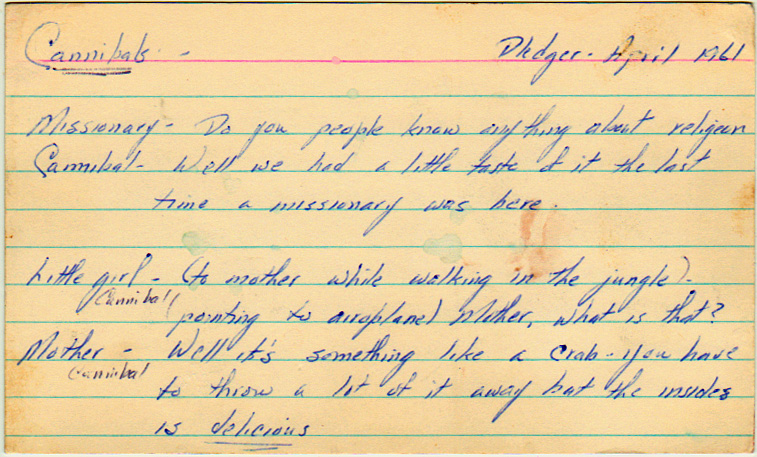 Missionary: “Do you people know anything about religion?”

Cannibal: “Well, we had a little taste of it the last time a missionary was here.”

Little girl cannibal (To mother while walking in the jungle) (pointing to airplane): “Mother, what is that?”

Mother cannibal: “Well, it’s something like a crab. You have to throw a lot of it away but the inside is delicious.”