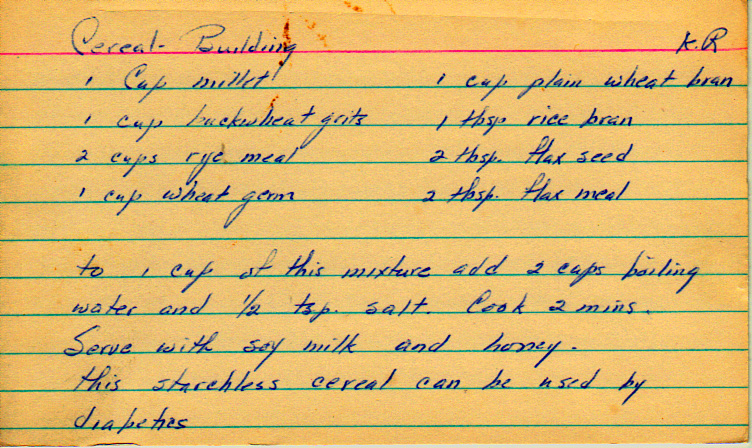 Grains have starch. So millet, rye, rice, even buckwheat has starch. It’s not gluten free, either; rye and wheat bran both have gluten, too.

What this may be, however, is low-GI. Rye, buckwheat, and wheat bran all have a low Glycemic Index, meaning that they cause a comparatively gradual rise blood sugar levels when compared to things like white flour. That would be useful to diabetics, for obvious reasons.

By the way, “buckwheat grits” is correct; that’s another name for what sometimes is called buckwheat cereal, or cream of buckwheat. It’s a ground form of the buckwheat groats we discussed recently.

Serve with soy milk and honey.

This starchless cereal can be used by diabetics.

Yesterdish reminder: No matter what the card tells you, this isn’t starchless. Celiacs beware.