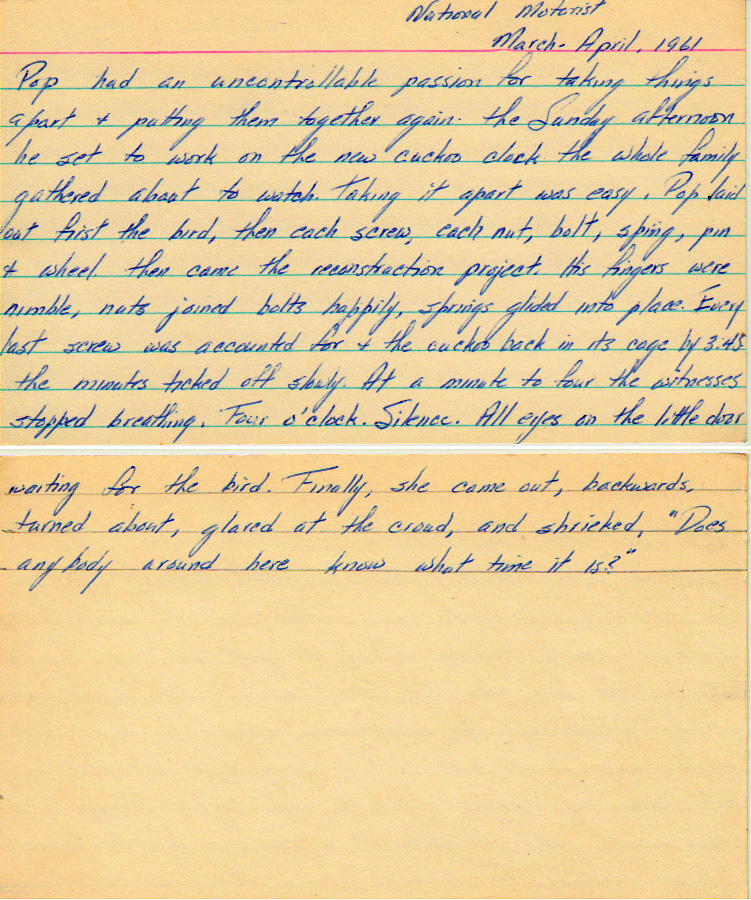 The National Automobile Club published National Motorist; the trademark was active between 1924 and 2006.

Pop had an uncontrollable passion for taking things apart and putting them together again. The Sunday afternoon he set to work on the new cuckoo clock, the whole family gathered about to watch.

Taking it apart was easy. Pop laid out first the bird, then each screw, each nut, bolt, spring, pin and wheel. Then came the reconstruction project. His fingers were nimble, nuts joined bolts happily, springs glided into place. Every last screw was accounted for and the cuckoo back in its cage by 3:45.

The minutes ticked off slowly. At a minute to four the witnesses stopped breathing.

Four o’clock. Silence. All eyes on the little door, waiting for the bird.

Finally, she came out, backwards, turned about, glared at the crowd, and shrieked, “Does anybody around here know what time it is?”