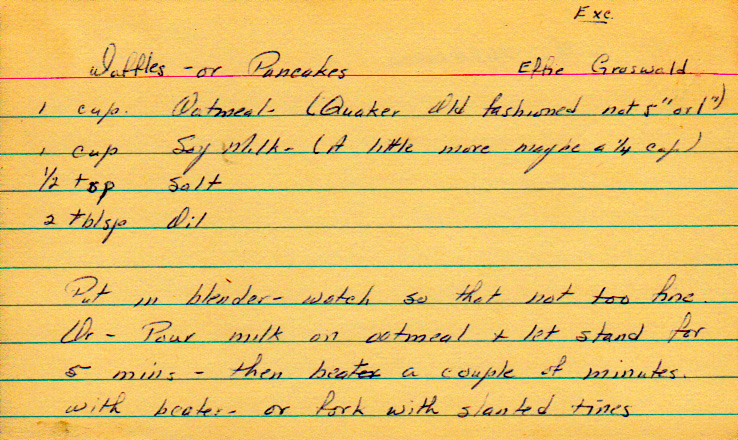 A vegan version. And a mention of forks. While most forks you’re likely to encounter today have slanted tines, that wasn’t universally true. This card dates from the 1960s, when it was fashionable for forks to have shorter tines; some sets almost had a spork-like construction, such as this one, from the September 27, 1961 edition of The Milwaukee Journal.

Put in blender–wAtch so that not too fine. Or pour milk on oatmeal and let stand for 5 mins. Then beat a couple of minutes with beater or fork with slanted tines.