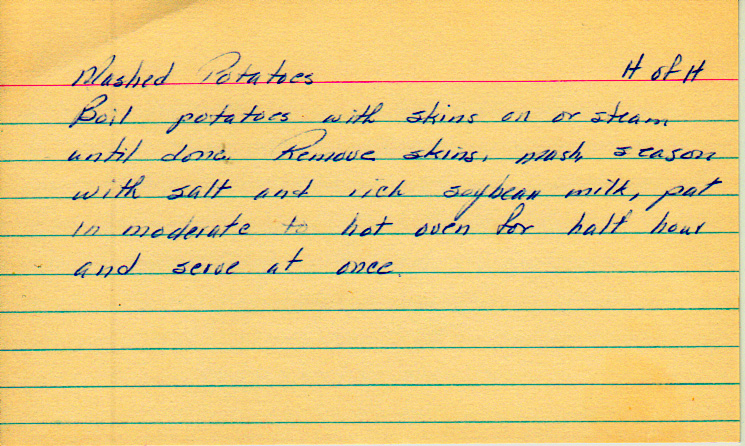 The curious thing to me is that the recipe glosses over the most important part, the mashing. If you work the potatoes too much in the absence of fat, you’ll get a glue-y mess. So you can either put them through a potato ricer, mash very carefully, or add some fat (obviously, butter or cream would be traditional, but olive oil would work, too).

Boil potatoes with skins on or steam until done. Remove skins, mash, season with salt and [rich?] soybean milk; put in moderate to hot oven for half hour and serve at once.