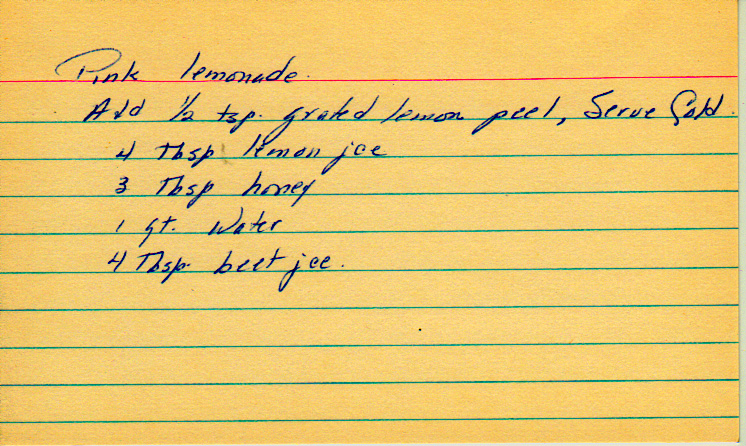 For some reason, people love pink. I’ve never understood this drink and I probably never will.

Ever since I was little, it annoyed me to see pink lemonade. Because pink isn’t a flavor. You couldn’t even make an argument for it in the way you could blue raspberry ice (because you needed to distinguish it from the cherry ice), or green cotton candy (because all cotton candy tastes like sugar), or even those candy dots that come on a roll of paper.

I was relieved to discover that I was right to be skeptical. Pink lemonade has been sketchy ever since its introduction, and it doesn’t even matter which origin you choose to believe.

In one of the drink’s two origin stories, in 1857, a clown who quit when he wasn’t given a raise started following the circus and selling lemonade outside performances to make a living. One particularly hot day, he ran out of water, and resorted to using the water that a performer had just used to rinse her red tights. The dye from the tights colored the whole batch pink, and it sold so well that he continued the tradition. (One example of this retelling is in the December 1, 1975 edition of The Milwaukee Sentinel.)

Supposedly the clown (both literal and figurative in this sense) sold the drink as “fine strawberry lemonade.” Great adulterated food anecdote, guys. I can’t wait to drink some. I’m sure someday we’ll all have a good laugh about where horse-burgers came from.

In the other origin story, a circus promoter around 1872 accidentally dropped cinnamon candies into a batch of lemonade and noticed the uptick in sales, forming the tradition that way. (This story is traditionally attributed to a September 18, 1912 story in The New York Times.)

I’m with the people of Mullet Key, who, represented in an editorial in the December 8, 1956 St. Petersburg Times, wanted to keep hot dog and pink lemonade stands away from the beach, because they would attract the wrong element. Like, say, people who think pink is a flavor.