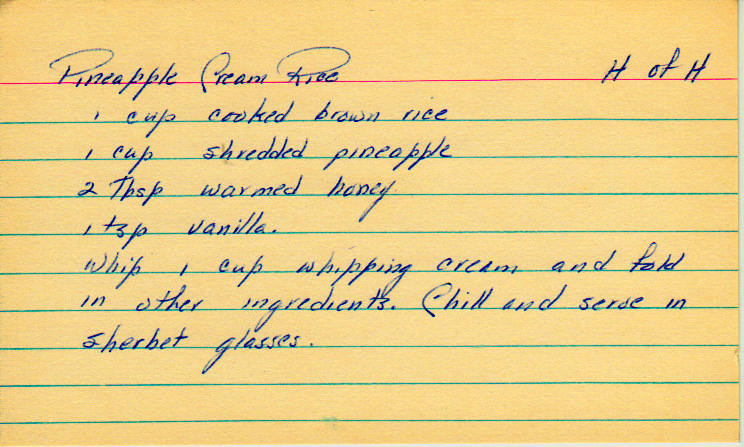 Pay-per-view sources have similar recipes in the 1920s, but here’s a version that appeared in the October 1, 1953 edition of The Southeast Missourian. (Click the image to enlarge.)

Whip 1 cup whipping cream and fold in other ingredients. Chill and serve in sherbet glasses.