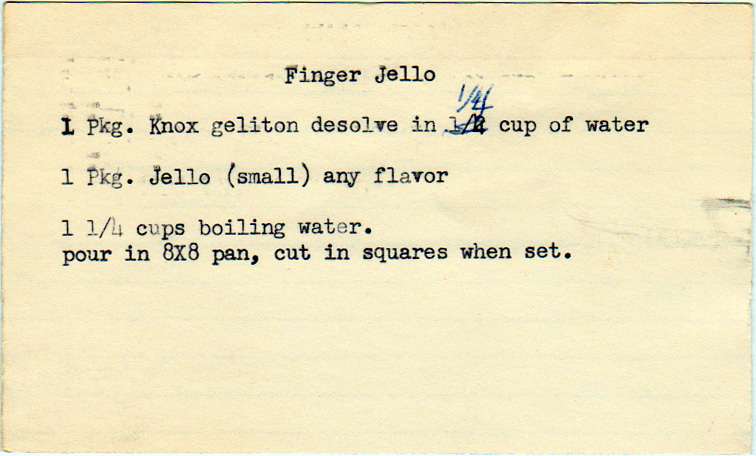 The original “finger gelatin” recipe was called “Knox Blox,” which called for unflavored gelatin and fruit or other juice, sometimes mixed with cream or other ingredients. There’s a version from another recipe box here. Later, Jell-o introduced their Jell-o Jigglers recipe, which is the same concept, just not quite as firm.