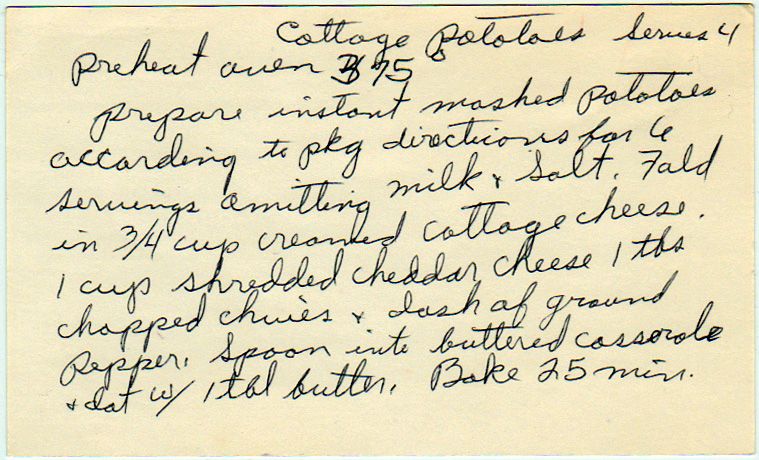 Not to be confused with cottage-fried potatoes.

Cottage-fried potatoes are essentially home fries made from sliced potatoes with green pepper and onion. This is more of a whipped potato casserole. There’s a variation where you make twice-baked potatoes in the same way, smashing the potato flesh with cottage cheese to blend it together before re-baking.

Be aware, however, that if you’re going to use real potatoes instead of the instant potatoes this recipe calls for, low-fat cottage cheese won’t have enough fat to prevent the potatoes from turning gluey from the beating. The instant potatoes are actually far easier in this context, but you can also beat the cottage cheese smooth first (either with beaters, or a blender, or a food processor), and then fold it in to the potato flash that has already been mashed or put through a ricer.