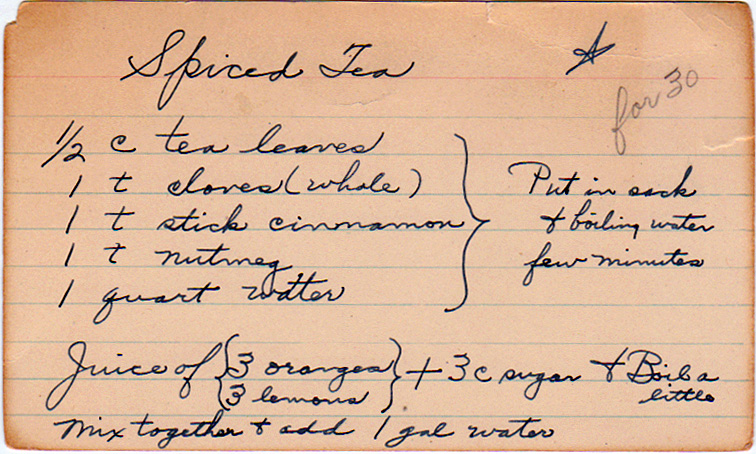 Spiced sweet tea, to be precise. Would you have expected anything less? Here’s another copy of the recipe that was in the box.

While there are iced tea recipes that are older (including alcoholic green tea punch recipes from the mid-1800s), The oldest iced tea recipe that’s identifiable as sweet tea is from 1878’s Housekeeping in Old Virginia.

As that recipe goes (it’s at the bottom of the page):

At that time, while sweet tea might have showed up at a few picnics, obtaining ice to make it was no picnic. In the late 1800s, the the primary way of obtaining ice was to cut it out of frozen rivers and lakes. (Although we did produce some amount of mechanically-produced ice, known as “plant ice,” the cost of the process was still greater than the cost of transporting pre-existing ice).

In 1893’s The Ice Crop by Theron Hiles, a treatise on how to harvest ice, Hiles estimated that the American ice industry employed ninety thousand people and involved 28 million dollars in capital. Adjusted for inflation, 28 million dollars would be about $718 million dollars in 2012, meaning the domestic ice trade was about as successful as Girl Scout cookies or Minor League Baseball.

Not exactly Halliburton, but then, you wouldn’t invite Halliburton to your picnics, would you?

And boil a little.

Mix together and add 1 gal. water.