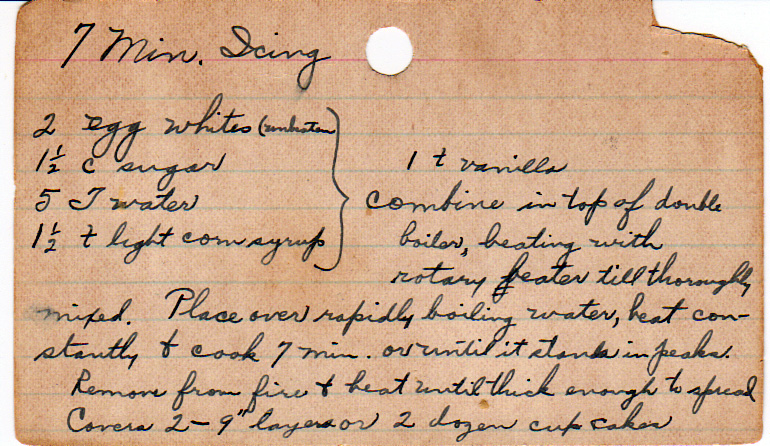 One of the wrinkles of seven-minute frosting is that it can be somewhat sensitive to humidity. Think of it this way; it’s a meringue with lots of sugar, right? And on a humid day, the air bubbles in the meringue can end up weeping, right? Well, if the air bubbles in the seven-minute frosting weep, they can dissolve some of the sugar in the frosting itself, causing it to lose structure, making it less fluffy and more a bit ooze-y.

Around the church picnics, they describe this effect as the frosting “settling,” but I assure you, it’s unsettling if you’re the one who baked it.

Combine in top of double boiler, beating with rotary beater till thoroughly mixed:

Place over rapidly boiling water, heat constantly and cook 7 minutes or until it stands in peaks.

Remove from fire and beat until thick enough to spread. [Note: Beat in vanilla at this stage.]