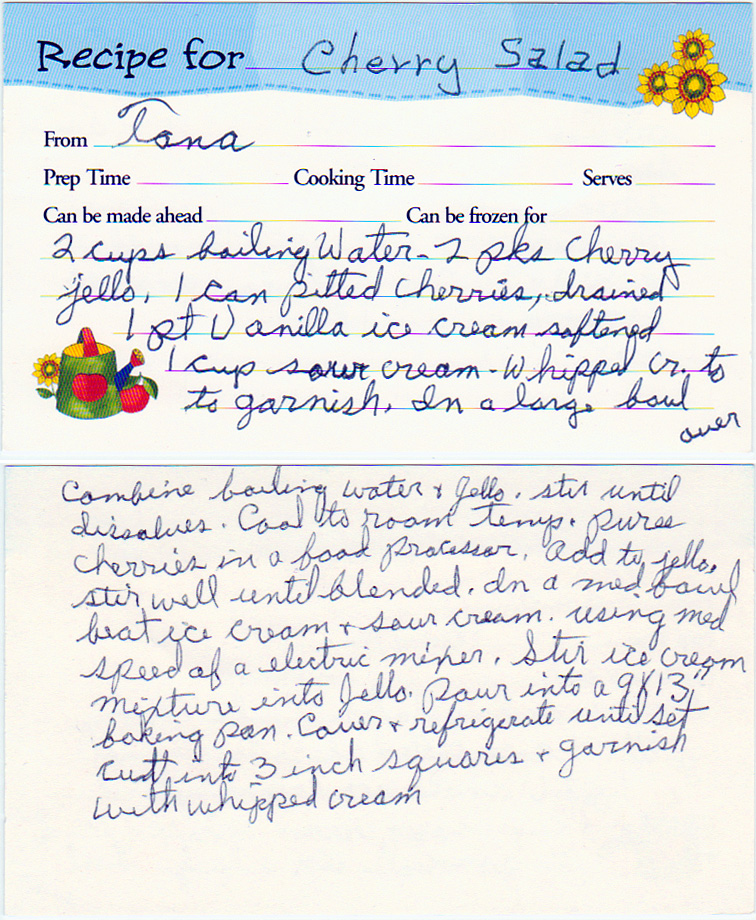 A similar recipe appeared in the Feb. 20, 1952 edition of The Deseret News under the headline: “Serve ‘Cherry Good’ Desserts for Flavorful February Treat.”

In a large bowl combine boiling water and Jell-o. Stir until dissolves. Cool to room temperature.

Puree cherries in a food processor. Add to Jell-o. Stir well until blended.

Pour into a 9×13″ baking pan. Cover and refrigerate until set. Cut into 3 inch squares and garnish with whipped cream.