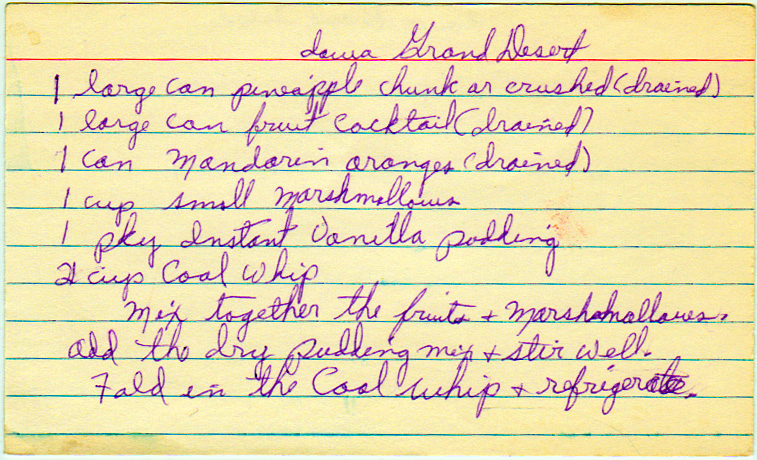 I’m taking some liberties with the name. Primarily because Iowa doesn’t have deserts.

There’s such a thing as a corn desert, caused by birds fattening up to fly south; and Iowa has lots of corn; but you’d think a dessert named after that might have corn of some kind in it, wouldn’t you? Or is that just me?

Mix together all the fruits and marshmallows.

Fold in the cool whip and refrigerate.