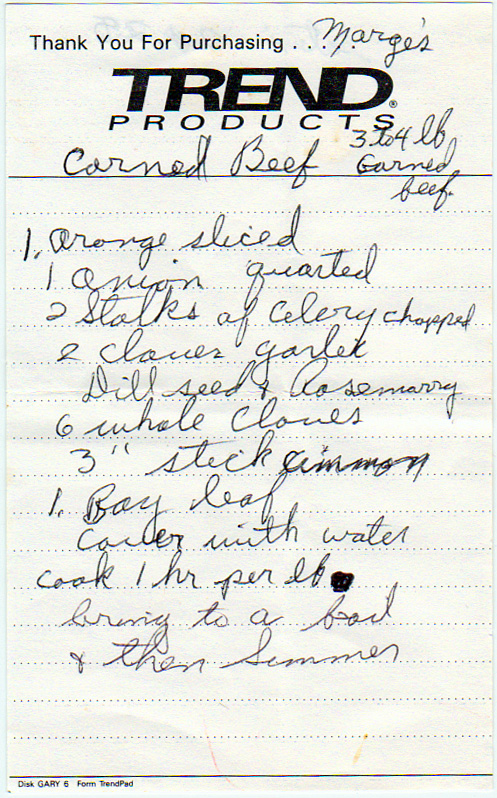 The Irish were producing salted preserved beef products for centuries before the English started calling them corned beef in the 1600s, choosing the name for the “corns” of salt used to cure it. This was basically a luxury product intended for export. When the Irish started to immigrate to the United States in the 18th century, beef was cheap and readily available, and corned beef started to occupy a place almost equal to what lamb occupied in traditional Irish cuisine.

Meanwhile, Jewish cultures had been packing beef with salt as part of the process of producing kosher meat (actually, this step is called kashering, but that’s just going to get confusing, so let’s go with “part of the process of producing kosher meat”). Conveniently enough, when Jewish immigrants set up kosher butcher shops in New York City, this suited Irish tradition just fine, and there was a cultural exchange that led to many of the corned beef dishes we see today, from corned beef hash to the Reuben, and eventually, its cousin pastrami. Here’s the back, for whatever that’s worth. I’ve tried to figure out which Trend Products this pad is from without much success. Two likely candidates are a company in Michigan that makes, among other things, vinyl parts for glass block panels, and a defunct company from California that made kitchen products.

Cover with water. Cook 1 hour per pound. Bring to a boil and then simmer.