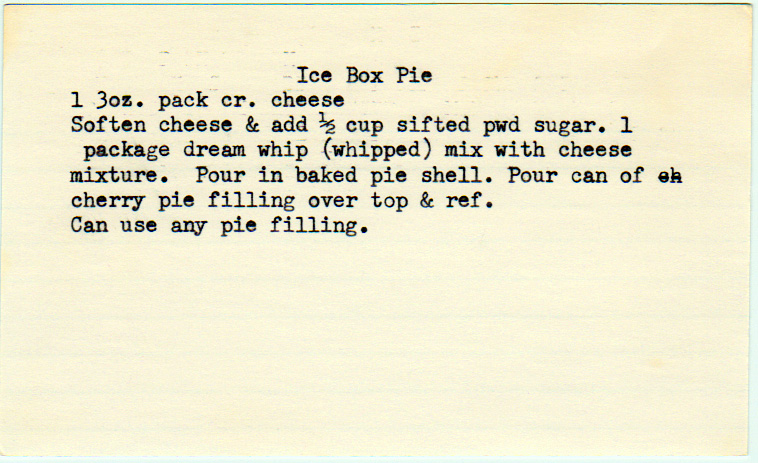 The original ice box pies were labor-saving versions of chiffon pies. Chiffon pies were pudding lightened with egg whites, then baked. The introduction of gelatin made it possible to mix egg whites, some kind of sugar, and gelatin and set that in the ice box, and the early 20th century saw the ice box pie start to gain popularity.

This is an iteration even further removed from the original, involving our old friend Dream Whip, which itself was first introduced in 1957.

Pour in baked pie shell. Pour can of cherry pie filling over top and refrigerate.

Can use any pie filling.