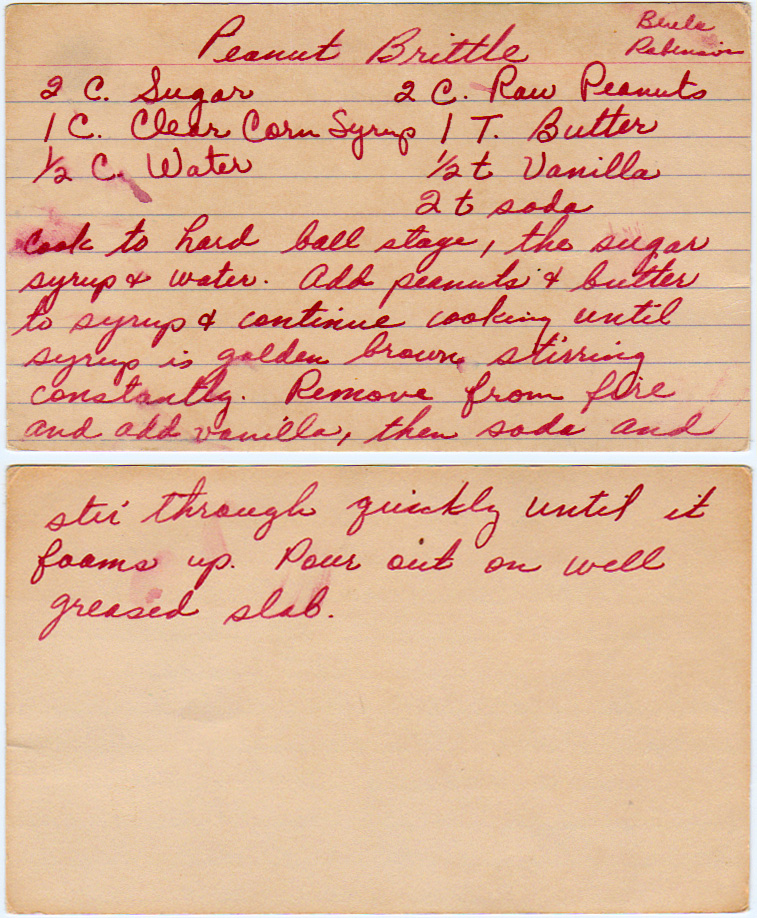 The magic of peanut brittle is the texture. And the magic elements of that texture are corn sryup, butter, and baking soda.

Corn syrup prevents the sugar from crystallizing; the sucrose molecules in the table sugar have a hard time reforming in the presence of glucose. Without something to prevent the crystallization of the sugar, you’ll tend to get pieces of rock candy in your cooled sugar. (For brunch, sometimes I’ll make banana bread french toast with banana caramel, and the fructose in the banana works the same way as the glucose in the corn syrup.)

Apart from its delicious flavor contribution, the butter does what it has always done for candy, frostings, and other sugar-laden confections: slightly softens the result. If you make a brittle recipe that’s too hard, try adding a little more butter the next time. In fact, peanut butter can achieve some of the same results–anything that’s soft at room temperature might help.

The baking soda, however, is where the real magic happens. The carbon dioxide released by the baking soda turns the molten sugar into a molten sugar foam, which, if all the temperatures are right, will harden into a structure that isn’t hard, exactly but is brittle, shattering under the tooth (and not the other way around, hopefully). This is what separates a good American peanut brittle from the sugar-coated candies you might get in Greece, Japan, or the Middle East.

The excellent foodtimeline.org has examples of brittle-like recipes from American cookbooks going back to 1847.

Cook to hard ball stage the sugar syrup and water. Add peanuts and butter to syrup and continue cooking until syrup is golden brown, stirring constantly.

Remove from fire and add vanilla, then soda and stir through quickly until it foams up. Pour out on well-greased slab.