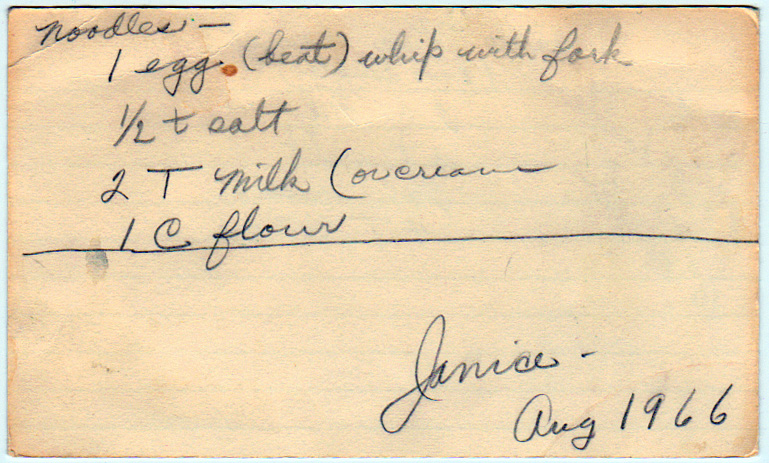 One of two noodle recipes in this box.

Noodles method (provided by Yesterdish)Same as basic pasta dough, really–knead until combined. Let rest in the fridge for at least 20 minutes. Roll thin, resting between rolls (ideally on a dowel or a wire rack) to ensure the dough isn’t too sticky, then cut.Tip on cutting: fold the noodles like a scarf, in half, then in half again, and then in half again. Then cut across when they’re folded. This makes them less likely to stick to themselves–instead, they’ll unfold awkwardly from the spring in the gluten.