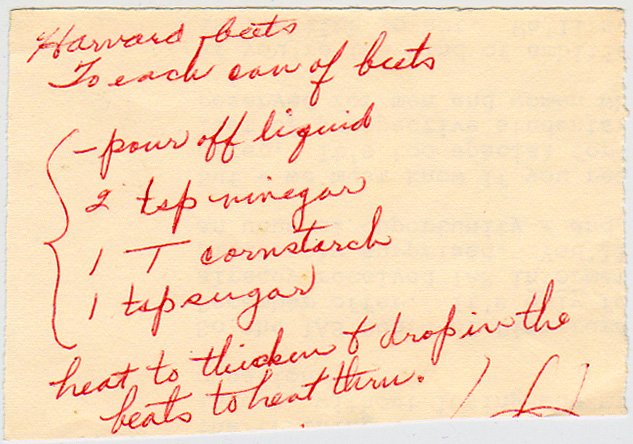 A recipe without a precise origin. But what’s clear is that it’s at least a hundred years old.

A recipe for Harvard beets appeared in the Nov. 27, 1916 edition of the El Paso Herald. In the 1920s, the pay-per-view Boston Globe ran the recipe a couple of times. And similar recipe to this one appeared in the Mar 1, 1935 edition of The Pittsburgh Press.

To each can of beets:

Heat to thicken and drop in the beets to heat them.