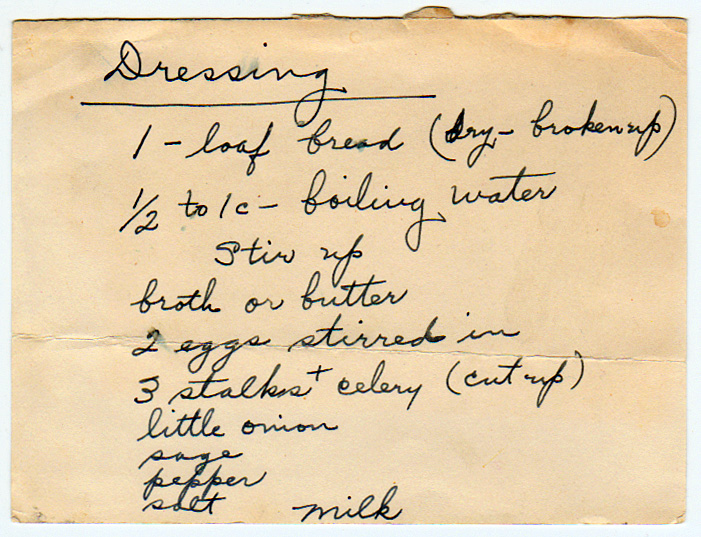 Dressing is far older than America, but that name isn’t.

Culinarily speaking, dressing and stuffing are the same thing, and it’s hardly a new concept. A Roman cookbook from the late 4th century or early 5th century AD includes recipes for stuffed meats. And the original latin even used a similar word: farsa, from the word farciere, a verb meaning to gorge something, or cram something into it.

This became the Middle French farce, later adopted into English, sharing that etymological origin with another type of stuffing, forcemeat. And thus, stuffing was called stuffing for the first fourteen or fifteen centuries of its existence. Thomas Jefferson enjoyed cabbage stuffed with forcemeat, and Mary Randolph’s The Virginia Housewife (first published in 1824, though that’s the 1860 version) included recipes for stuffed hams, calf’s liver, beef, mutton, pigs, and sturgeon.

Then, around 1880s, Victorian society decided that the word “stuffing” was too vulgar for polite society, and substituted the term “dressing.” It had nothing to do with whether the concoction went into the meat or was baked on the side; I assure you, whatever they called it, Victorians were cramming their dressing into their dinner entrees the same way they did when they called it stuffing.

This isn’t really the kind of recipe that needs specific quantities, but if you’re the kind of person who does, here: