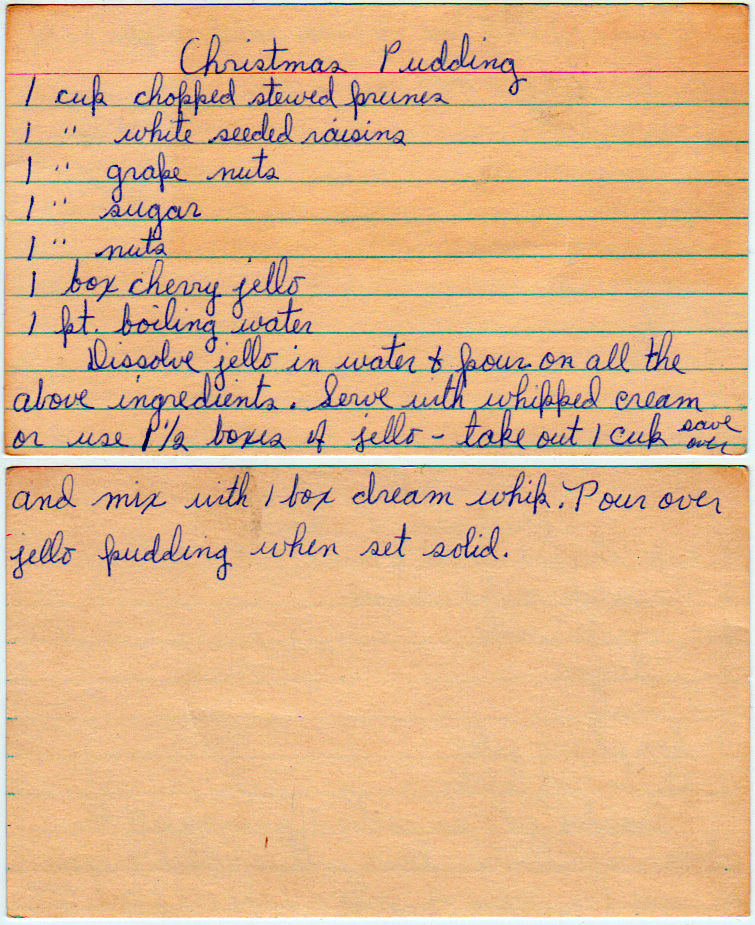 A recipe almost certainly rescued from a label. Grape-Nuts, Jell-o, and Dream Whip are all trademarks of Kraft, which merged with the prior owner of the marks, General Foods Corporation, in 1990. (Incidentally, the General Foods name was almost entirely discontinued, but continues to live on in the line of General Foods International Coffees. For some reason Kraft didn’t want to put its name on those.)

Beyond that, I can’t find much information about this recipe. It’s a Jell-o mold with prunes, raisins, and Grape-Nuts, topped either with whipped cream or a second layer of opaque, ligher gelatin mixed with Dream Whip. Even General Food’s 1979 publication of Easy Homemade Desserts With Jell-o Pudding didn’t include this dessert, and it uses Grape-Nuts and Dream Whip in other contexts, too.

Dissolve Jell-o in water and pour on all the above ingredients. Serve with whipped cream or use 1-1/2 boxes of Jell-o–take out 1 cup, save and mix with 1 box Dream Whip. Pour over Jell-o pudding when set solid.