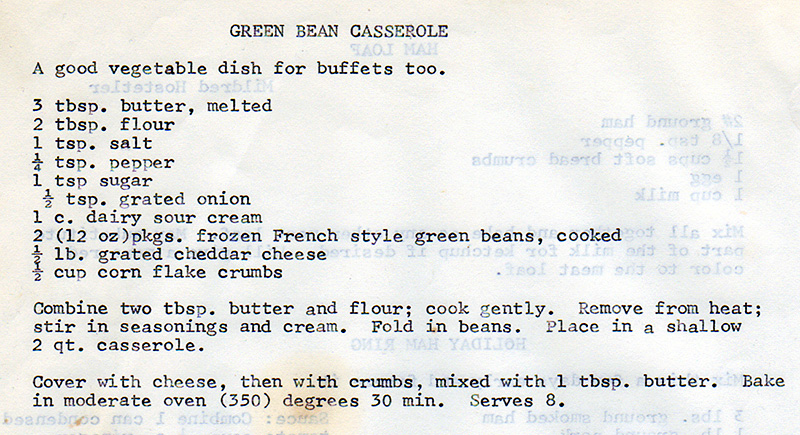 In 1955, an employee of the Campbell’s Soup company combined condensed Cream of Mushroom soup, French’s French-fried onions, and green beans (along with milk, soy sauce, and black pepper) into an instant American classic. It represents one of the comparatively rare moments when a dish is born nearly without precedent, though green beans with cream sauce did appear at dinner tables in the decades prior, and a dish called “Green Bean Casserole” (involving green beans in a powdered milk sauce topped with pinwheels of dough and meat) appeared two years earlier in the Feb.3, 1953 edition of The Sydney Morning Herald.

The variation with corn flakes started to show up about two years later.

A good vegetable dish for buffets, too.