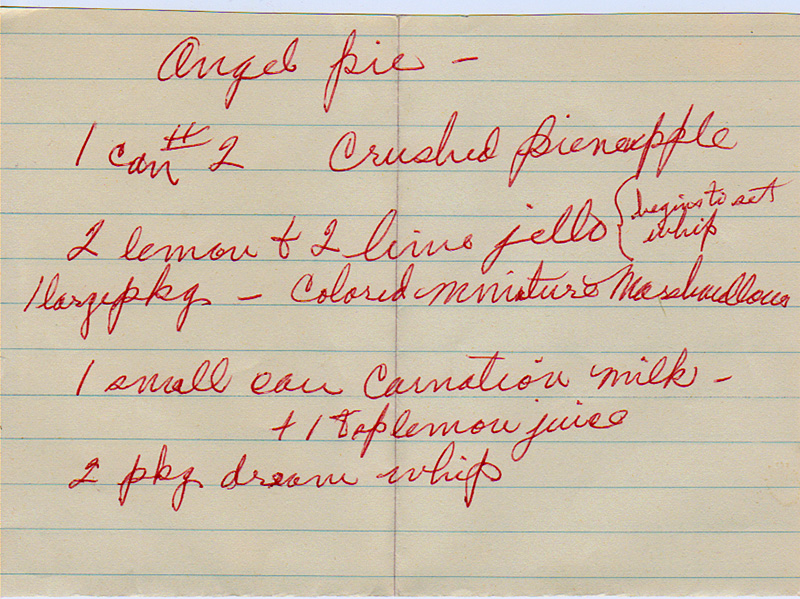 I’m not exactly sure what was intended here. There are many ways to combine these ingredients into a pie, and there are multiple pies that have been called “angel pie” at one point or another, including chiffon pies, meringue pies, and cream pies. So I’m just taking a guess as to what was intended was a cream pie, since that involves the fewest number of outside ingredients. Your results may vary.

We previously discussed Dream Whip in the context of a similar recipe, the Strawberry Bavarian from Columbiaville, Michigan.

Again, a couple of assumptions: that what this recipe is trying to call for is gelatin, not pudding, and the goal is something like a cream pie. That would make the simplest recipe, and the one for which the owner would be most likely to omit instructions.

A #2 can holds about 20 ounces of pineapple.