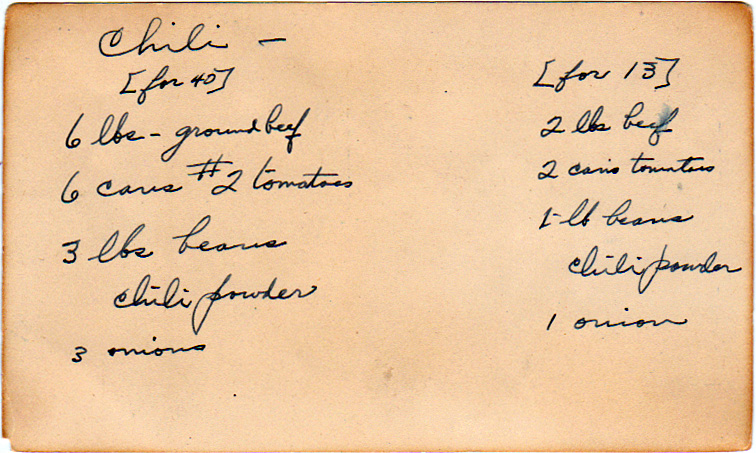 Some recipes need more love than others. This one needed a fair bit of love. I’ve never had to offer suggestions, reminders and a method in one recipe before.

But apparently the recipe was good enough that the owner had it copied in multiple places. Here’s one of them:

A picture of the actual building depicted on the… blank check? Is that what that is? …is online here.