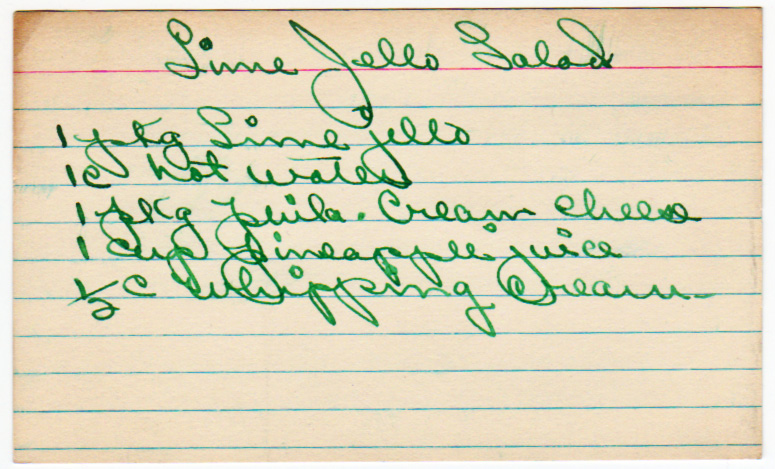 A pretty skeletal recipe that was also very widely prepared.

This is an absolute 1960s classic that showed up at practically every church picnic and PTA potluck in America at one point or another, which leads to a lot of variations. Generally speaking, canned pineapple chunks, cottage cheese curds, and/or nuts would be folded in before the final chill of the mold. If using canned pineapple chunks, you’d just use the juice or syrup in which they were packaged to add to the dissolved gelatin.

Another popular method for making this salad is to beat the Jell-o into the cream cheese, then add the boiling water, and then add 1-1/2 or 1-3/4 cups boiling water. Generally speaking, however, those versions didn’t include additional milk or cream.

Also, please do pay attention to the note about cream cheese package sizes. We’re not the only thing that’s been getting bigger since the 1960s.