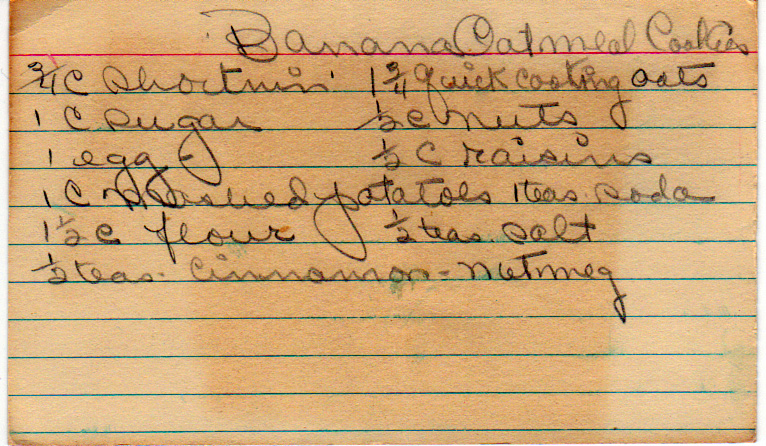 Sometimes it’s difficult to know when to ignore the instructions. This is not one of those times, unless you like the idea of potato oatmeal cookies. (Not that that hasn’t worked for some other desserts.)

A similar but different recipe appeared in the Nov. 3, 1947 edition of the St. Petersburg Times. (Oddly, that recipe has a typo, too; the second reference to baking powder is meant to be baking soda, since that recipe uses both.)