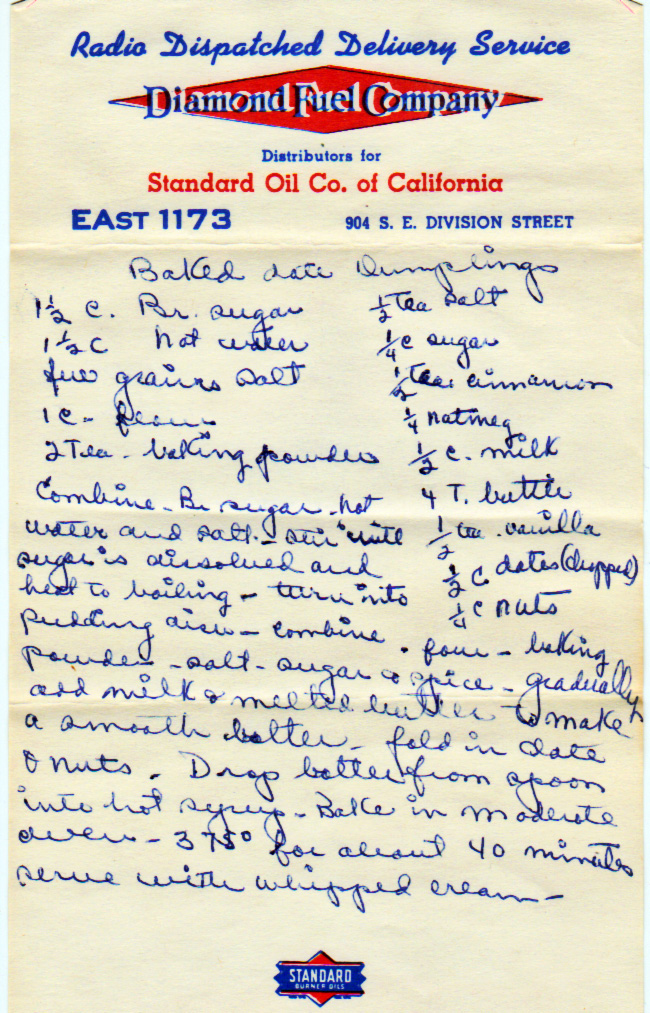 Mentions of date dumplings in the U.S. go back more than a century. Here’s one from the the January 10, 1898 edition of The [Spokane] Spokesman-Review.

Dumplings are a food that really illustrated the American culinary philosophy. There is often (although not always) a degree of tension between the appearance of food and the flavor, such that food optimized for beauty (say, a wedding cake) looks very different than food optimized for taste (say, chicken and waffles). Historically, America never hesitated to prefer the latter, and dumplings are an excellent example of that. They don’t look like anything. Blobs, basically. But oh, the taste.

A similar (but different) recipe for date dumplings appeared in the April 10, 1934 edition of the Berkeley Daily Gazette.

For what it’s worth, 904 S.E. Division street is in Portland, just to the east of the Willamette river. According to Google Street View, it’s now NW Natural Gas, and it looks like it still does delivery.

Combine brown sugar, hot water and salt. Stir until sugar is dissolved and heat to boiling. Turn into pudding dish.

Bake in moderate oven–375 for about 40 minutes. Serve with whipped cream.