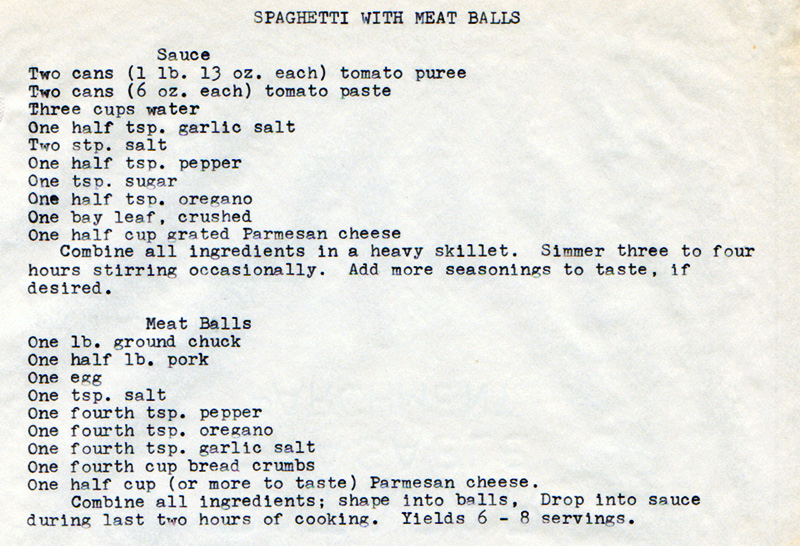 This is an Italian-American recipe, in the same way chop suey is a Chinese-American recipe. From the Italian perspective, meatballs in a tomato sauce is unheard of and kind of weird.

As far as anyone can tell, spaghetti and meatballs happened because, in the Italian tradition, you’d have pasta as a primi (first course) and meatballs as part of a secondi (second course). As Americans don’t tend to eat in quite the same style, with several courses through the meal, the pasta and the meat sometimes would end up on the same plate, and “spaghetti and meatballs” was a conclusion drawn by American diners, rather than by design.

But just like a good chop suey, there’s nothing wrong with spaghetti and meatballs. As I often tell people learning to cook, the only kind of authenticity that matters in cuisine is personal authenticity. Do what tastes good now, to you.