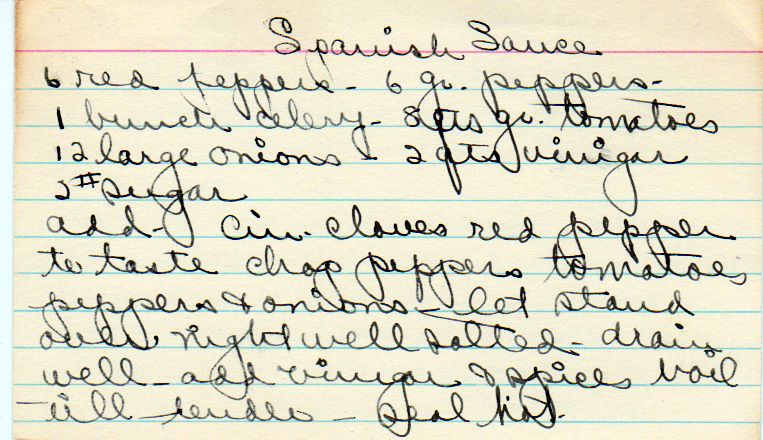 I’m not sure I understand what’s so Spanish about this sauce. But a lot of people seem to think it is.

A nearly identical recipe (with some red tomatoes as well as green) shows up in a 1914 cookbook from New Jersey under the name Pepper Hash. Meanwhile, a 1907 cookbook from New York has a reference to Spanish Sauce made with red and green tomatoes and sweet peppers. Ditto this 1913 cookbook from Pennsylvania.

Can anybody with some 19th century wisdom shed light on how this became Spanish?

Yesterdish reminder: Use modern canning methods, or treat this as a fresh perishable product, or at least pay up your life insurance and make sure your affairs are in order.