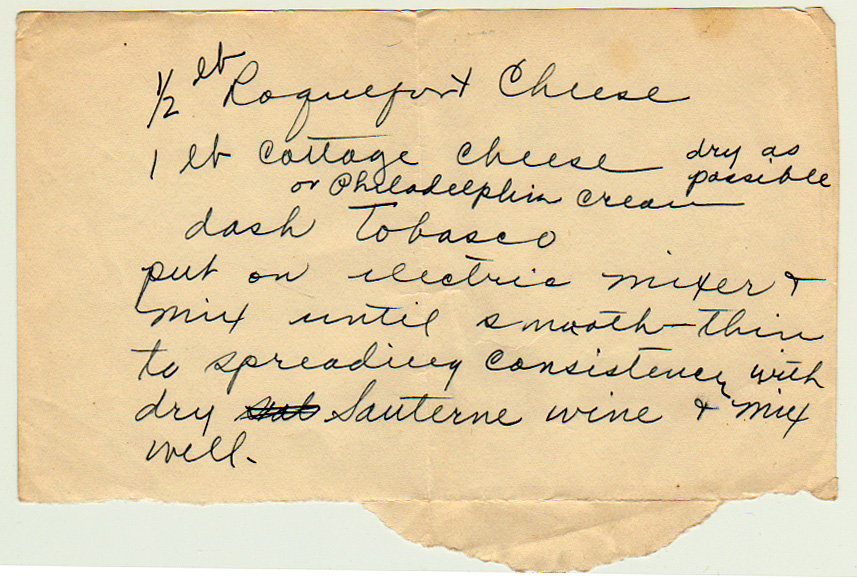 Roquefort is a protected designation of origin for the distinctive sheep’s milk blue cheese. Only cheese produced in the traditional caves in the south of France can carry the name; thus, restaurants serve a lot of ersatz Roquefort. I remember a time in the 1980s where the word was so abused that you encountered people who thought Roquefort was a preparation of blue cheese mixed with cream cheese!

What many people don’t know is that, while the blue veins in blue cheeses in general are spores intentionally added to the cheese, Roquefort’s spores were traditionally grown in the same caves where the cheese is aged. Producers would leave bread in the cave until mold had consumed it, then dry the result, powder it, and put it directly in the cheese. Quite a contrast to, say, Gorgonzola, where the spores are still added, but the amount is closer to what would be naturally occurring in ambient cave air.

Put on electric mixer and mix until smooth–thin to spreading consistency with dry Sauterne wine and mix well.