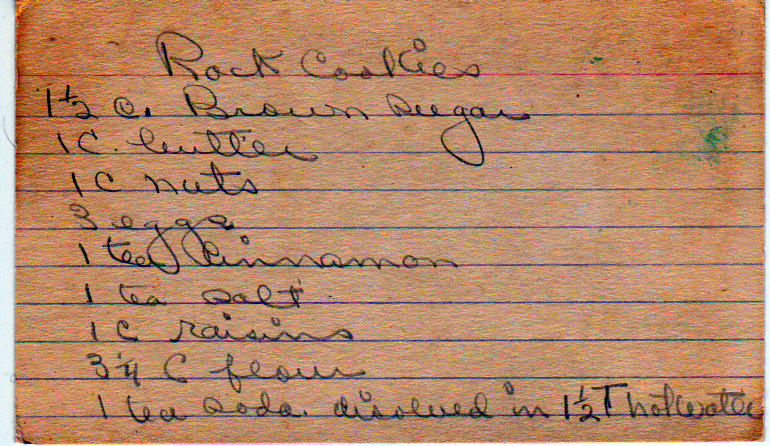 The nuts are typically walnuts, though many variations exist. This is an exceptionally old recipe. I’ve found a mention in the February 13, 1925 edition of The Palm Beach Post, but most people who discuss the age tend to say something along the lines of, “I got it from my mother, who got it from her mother.”

First, some notes: It wouldn’t be a terrible thing, I think, if the following found their way into the cinnamon (in addition to cinnamon, not replacing any of it):

I also think it wouldn’t do any harm if the amount of raisins were doubled.

That said, the method: