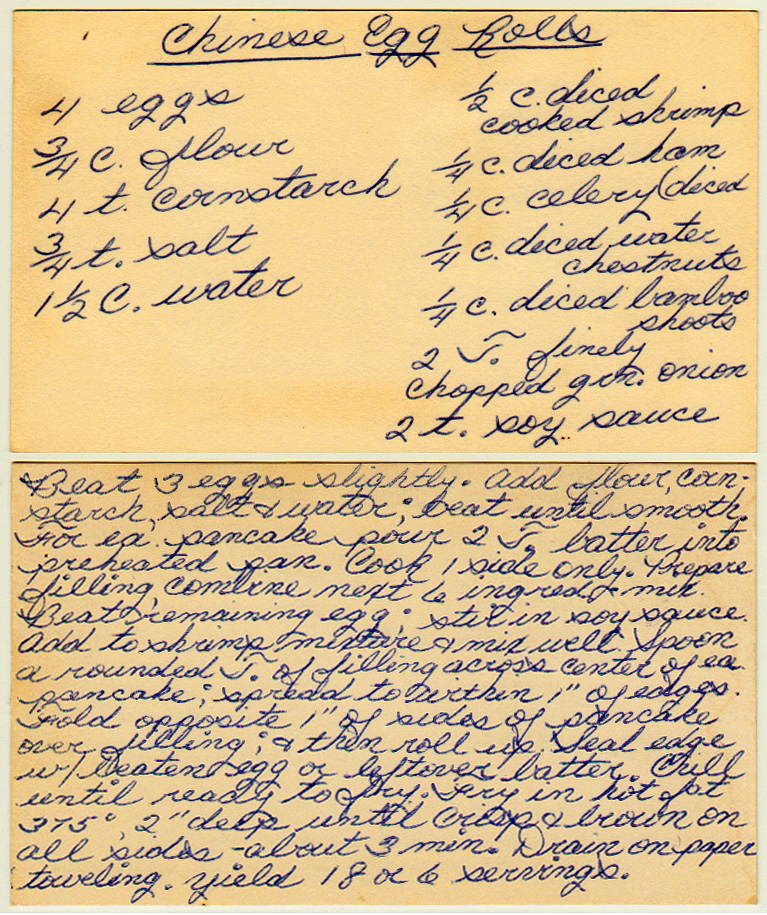 Prepared egg roll wrappers really weren’t commercially available on domestic shelves until the mid-1970s. Until then, egg rolls used crepe wrappers. Which are “authentic?” Well, neither. Egg rolls are a creation of American Chinese cuisine.

There are spring rolls in Chinese cuisine (and Vietnamese, and Thai, and a dozen other places) that are sort of like what we conceive of as an egg roll. But if you’ll forgive me for being a little controversial, I would posit that spring rolls are only one of many influences on the egg roll, the rest coming from other dim sum.

The egg roll dates from the 1940s. By the 1950s it was illegal to emigrate from China to the U.S., so for most of the relevant periods of its development, the Chinese chefs who were in the U.S. were the ones who had been here for decades, and virtually every Chinese chef was serving a form of Cantonese cuisine. Spring rolls in China are primarily found in the Northern and Eastern provinces, not Guangzhou in the South.

But dim sum is Cantonese, and a Cantonese chef would have been familiar with the idea of wrapping all sorts of different things around all sorts of different fillings. While spring rolls would have been one of those influences, equally strong arguments could be made for tofu skin rolls, taro dumplings or even scallion pancakes as influences on the creation of the egg roll.

Ultimately, the egg roll wrappers that came on the market in the 1970s were, of course, spring roll wrappers. And now, when you see a package of egg roll wrappers, like almost all authentic Chinese wrappers for dumplings, they’re made with flour, water, and possibly salt, and generally nothing else.

Spoon a rounded T. of filling across center of each pancake; spread to within 1″ of edges. Fold opposite 1″ of sides of pancake over filling, and then roll up. Seal edge with beaten egg or leftover batter.

Chill until ready to fry. Fry in hot fat 375 deg. 2″ deep until crisp and brown on all sides, about 3 minutes. Drain on paper toweling.