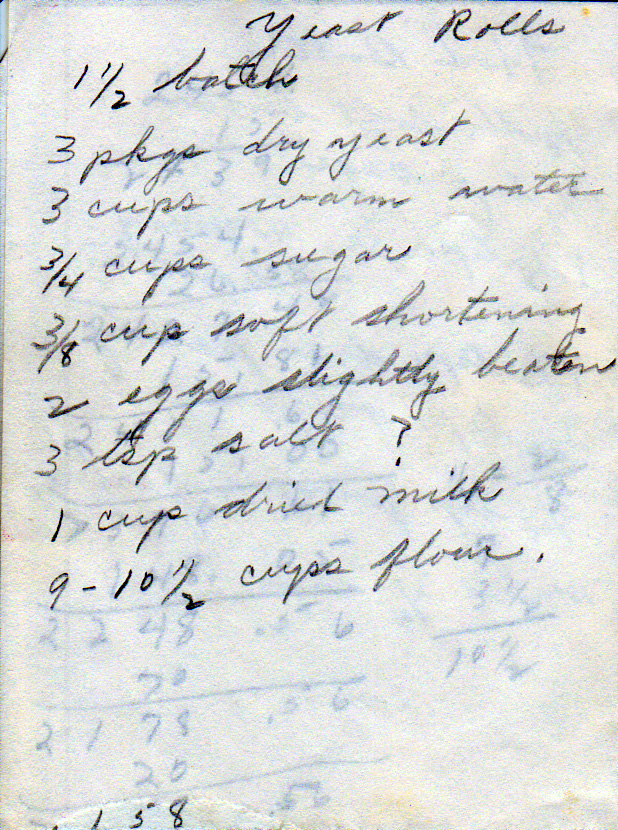 This is actually a post-rationing recipe. Fresh milk was never rationed in the U.S. during World War II, though canned milk, cheese, and butter were all rationed between March 1943 and November 1945. The price of fresh milk remained pretty steady through the war–actually, far steadier than it had been prior to the war.

I guess to really understand the situation, I have to go back a bit further. Okay, deep breath, everyone.

In the 19th century and the first decade of the 20th century, the American dairy industry was highly localized. Creameries produced milk and butter and shipped them to local cities. The quality and price of butter would vary quite a bit from place to place.

This had a few different effects on the country. Condensed milk isn’t a localized product; it can be produced anywhere and shipped. That was kind of the point, after all. But this meant that, when the local price of milk products was lower than what the government was willing to pay for condensed milk, a lot of creameries converted themselves into condensers. Condensers don’t make butter and butterfat isn’t used in condensed milk.

So we ended up with butter shortages in some parts of the country, not because we were short on the basic ingredients of butter, but because the creameries had converted to condensers. (Wisconsin, Iowa, and Minnesota were spared this problem, because they had government contracts to make canned butter.)

Anyway, World War I ended, and the government stopped buying condensed milk. Some condensers converted back to creameries; some kept making condensed milk, and came up with recipes like Key Lime Pie to encourage people to use it; and in Wisconsin, their excess capacity was devoted to cheese production. But universally, we understood how to better move dairy products around, and our capacity was much higher than our domestic consumption.

When World War II came around, then, we actually didn’t have trouble finding fresh milk and it wasn’t rationed; in fact, we made powdered dry milk and sent it to Britain, where rationing was much harsher. Cheese and butter were rationed; cheese was a protein substitute for meat, and butter a fat substitute for lard, so meat rationing actually led to butter rationing. But the price of milk held pretty steady.

After World War II, there was a boom in the export of agricultural products. As of 2009, July 1946 was the biggest percentage increase in the price of milk in American history.

Without the headaches of refrigeration, stores of powdered milk help insulate it from price fluctuations, and you started to see its use in recipes like this.