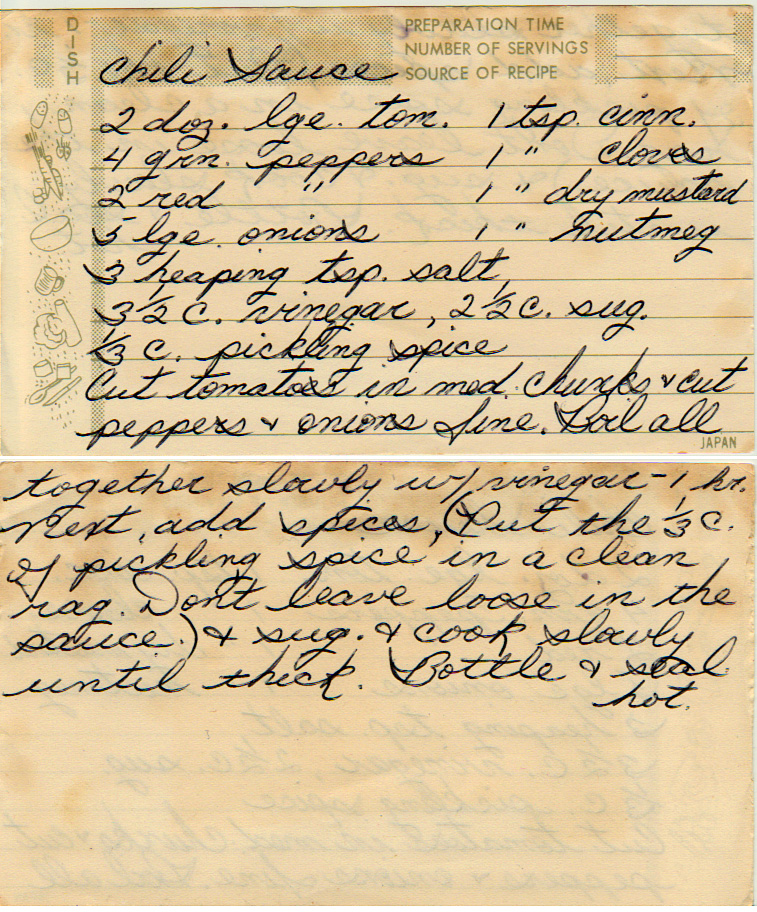 I’ve never made chili sauce ahead, myself, but I might give it a try.

Pickling spice is a mixture that includes things like cinnamon, nutmeg, mace, mustard seed, allspice, juniper, dill seeds, ginger, bay leaves, and peppercorns, as well as other spices to the taste of the blender, such as red pepper flakes or ginger root.

Cut tomatoes in medium chunks and cut peppers and onions fine. Boil all together slowly with vinegar–1 hour.

Next, add spices (put the 1/3 c. of pickling spice in a clean rag. Don’t leave loose in the sauce) and sugar and cook slowly until thick. Bottle and seal hot.

Yesterdish reminder: Once again, I’m nagging you to use modern canning methods so you don’t die.