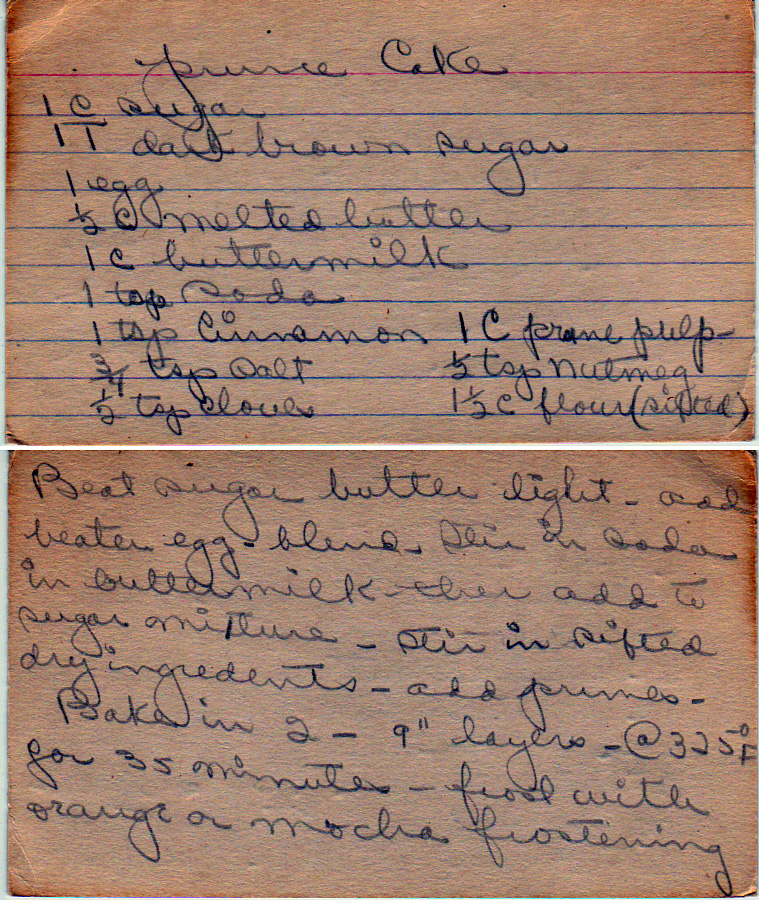 You generally find prune cake recipes in boxes dating between the 1930s to the 1960s. This is pure speculation on my part, but I imagine wartime rationing had a lot to do with the path of the prune cake. Cakes were a tough sell because they used so many rationed ingredients, but prune cake has a bit of the flavor of coffee cake, and uses less sugar, less butter, and less egg (though eggs were only rationed in Europe).

In mid-1945, the U.S. sugar ration was cut to what equals about eight ounces (by weight) per week, per person. A cup of sugar (the amount in this cake) is just over seven ounces. In the U.K., sugar rationing was eight ounces per week, and egg rationing was one egg per week. When compared to most other cake recipes, the prune cake was one of the few you didn’t have to plan weeks ahead to make.

Also, this recipe can be compared to the version from San Antonio, which uses different concentrations of basically the same ingredients, save for the addition of allspice and the substitution of oil for butter. (Which would make it even more attractive during rationing, natch.) That card, however, suggests topping with coconut.

Frost with orange or mocha frosting.